I grabbed another one, and again it is here for a six-month check. These are routine, very common cases where a person has a cardiac problem. Again, I’m going to go ahead and slide down to the bottom. I always like to work from the bottom up. I see that our patient has sleep apnea, hypertension and hypercholesterolemia.

Then, he not only listed what the diagnosis was, but actually tells you what he’s doing about it or the status of it. Sleep apnea, using oral device as prescribed; so he’s probably got a sleep apnea machine that he sleeps with. Hypertension, well controlled on above medication. Now, even though it says it’s well controlled, he has to take a medication or he would have hypertension; so that is definitely codable. Then, same thing with his cholesterol, it’s adequately controlled on above medication. The plan is, everything is going to continue and he wants to do an echo and office visit in six months. 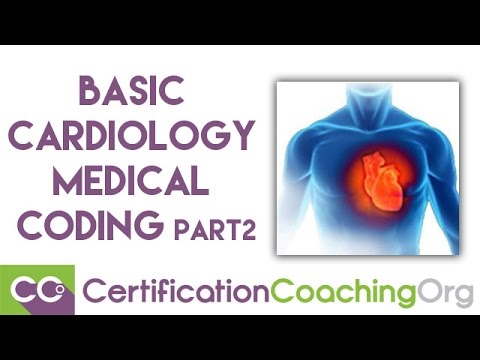 I’m going to slide back up to the top and I’m going to start looking at our problem list, again you don’t code off of a problem list because it can be copied and pasted. Again, you want to follow your office or your company’s guidelines about things like that problem list.

Here we’ve got a person with afib, but now he’s made a point to say “none since 20XX.” That tells me that I’m not going to code that, either saying “No, he does not have it.”It’s not that they’re taking medication is the reason why they don’t have it. He’s saying that there’s not been any reported. Hypertension, hyperlipidemia and sleep apnea and that they’re using that oral device, the machine.

Then, I’m going to go down to look at these medications, Cardizem… I know what all of these are, but I went ahead and wrote down what some of these are because if you are not familiar, you need to be familiar with the medications. You can go to www.drugs.com, www.webmd.com, there’s all kinds, just Google it, it will tell you.

I’m going to go to this history, the things that jumped out at me, one, the palpitations he didn’t address it. In other words, the palpitations aren’t something that we’re going to worry about. He is using his oral device as prescribed. That constitutes the sleep apnea. They did a lab for the cholesterol and the triglycerides. Now we know he’s actively being treated. Again, they checked the blood pressure. Over here, look, nothing is wrong here with the cardiovascular, scanned all of these, nothing jumps out at you.

And you need to know these terms, “BS x4 quads” you need to know what they mean. “No carotid bruits,” they’re talking about the carotid arteries. The “neck veins are flat” meaning they’re not bulging out that would indicate an issue with your blood pressure. “No murmurs, clicks, or gallops” if you don’t know what a murmur, a click, and a gallop sounds like, you can actually go to YouTube and you can hear them. It’s really cool, different types of breathing too.

So, we’re limited to – because I always want to code things — sleep apnea, hypertension, and the hypercholesterolemia. This person got a 99214 as well. The pure hypercholesterolemia is 272.0, the 401.9 for the hypertension, and sleep apnea is 780.57. Those are very, very common codes especially the first two. You probably have them memorized even though you’re not supposed to memorize codes, you really can’t help it when you do them over and over.

What about those medications? Cardizem is used for hypertension. Metoprolol is Lopressor and you may see that advertised on TV, a blood pressure medication, beta blocker. What about this one,that it’s like, “Huh! I don’t know what that medication was.” It’s actually Tambocor and it’s for an irregular heartbeat rhythm, and Pravastatin is for cholesterol. Again, those are the things that you need to be aware of when you’re doing cardiology. You need to know medications pretty well. Don’t worry if you don’t know them very well yet because it’s very repetitive, you can Google it, I like www.drugs.com.

Back to Basics Cardio – Online Billing and Coding Classes – Video 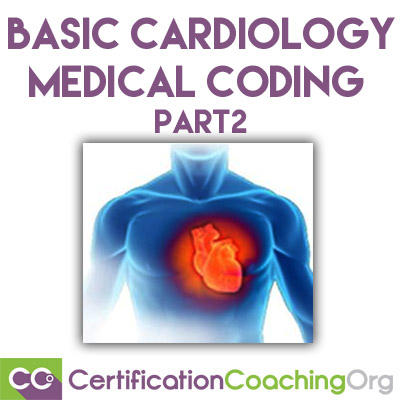