Laureen: Alright, what have we got next here? Alright, Bina, you challenged me this month. Cardiovascular… and I put in parentheses VIR because it is related to Vascular Interventional Radiology. So she asked, “My question is from cardiovascular section. Please describe what is an interventional procedure and then is that selective or non-selective? For what kind of disease is this procedure usually used?” 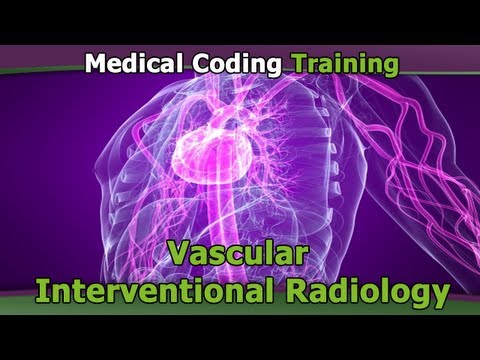 So again, that’s another topic that could probably take a long time. Okay so basically, it is a procedure used for diagnosis or treatment, interventional. You’re intervening. And it involves making a cut or a whole in the patient’s body. So if you did a normal x-ray, if you will, or some other imaging thing, you’re normally not cutting into the patient’s body to do it. So interventional plus radiology, that’s when they are doing this. It could be a teeny hole or it could be something a little bit larger. But that’s where the interventional comes in.

There’s a nice article here on what is an interventional procedure. I copied and pasted some of it here for this discussion. But it talks about… it’s interventional procedure sometimes abbreviated, IR or VIR for vascular and interventional radiology. It is also known as image guided surgery and is a subspecialty of radiology. And the basic concept behind it is to diagnose or treat with the most minimally invasive technique possible. So the imaging guidance helps them to do this but sometimes, they’re doing the interventional part to basically get dye into the body to take a better image. So they kind of go hand in hand.

Then the second part of her question was about selective versus non-selective. So here’s another article, “IR Roadblocks: Understanding Common Variances in Vessel Anatomy”. And then the AMA makes freely available the 2013 CPT changes for vascular surgery and interventional radiology. This one I did want to take us to because they’ve got some good images here. It’s amazing what you can find when you Google.

So let’s go down in these slides. These are very good slides for the 2013 updates. Alright, so here’s an example of the aortic arch. Okay so this is the arch here and you’ve got all of these vessels coming off the aortic arch. And in subsequent pictures, you’ll see vessels coming off the aorta. And the aorta, just a reminder, runs up and down your entire trunk. It’s not just the arch. A lot of times when I’m teaching students face to face, I’ll say, “Point to your aorta.” They all then tend to point to their chest like where their aortic arch is. But they forget that their aorta actually runs the whole length of their trunk.

So at any rate, nonselective is if they just put the catheter or needle in this arch and injected dye and took a picture. That would be nonselective. They didn’t manipulate the catheter. But if they put the catheter in, they threaded it up and they went up this branch right here then that becomes a selective catheterization because they’re manipulating the catheter into a branch. And this is actually called a first order branch. And then right here, see where it splits? That’s a bifurcation and if they go into the right or the left of this bifurcation, they are now in a second order branch. If we just stick on this side here, even though it seems like it’s a straight line, they really did now enter a second order branch. And now these further splits and you’ve probably figured it out, this is a 3rd order branch.

So your CPT coding will go wherever the furthest distance is. It’s normally the code that you’ll be picking but that is the difference between selective versus nonselective. They tend to go to 3rd order and stop. And beyond that, they call it supraselective. So that’s a little bit how that works.

And I like these graphics because they actually show the path where they’re going and they let you know the codes. Now there are some organizations like Doctor Z. I love his VIR stuff. There’s another one that’s escaping my mind right now. But they’ve got these nice laminated cards where they will put all of the aorta anatomy and all the branches. And they’ll actually label them with the appropriate CPT codes to use. So if you ever get into coding for that specialty, those are very, very handy to have. And a lot of people get afraid of vascular anatomy but once you learn it, it’s like anything else. You just become proficient at it and you stick in that one niche, if you will, niche or whatever… and that will really become a good field to be in. And vascular IR coders tend to get paid more than other types of coding specialties. So something to keep in mind if you really like anatomy and you like the vascular and cardiovascular anatomy, this is a really good one.

Alicia: It’s one of the top 3 highest paid in the specialties, guys.

Laureen: Oh, I didn’t know that. I knew it was up there.

Laureen: Okay so these are our IR Roadblocks: Understanding Common Variances in Vessel Anatomy. I know Karen. She’s very, very knowledgeable. But this is kind of neat how she’s showing these different things. It’s another article and she gets some code examples. The coding, as of this year, 2013 has changed a lot. But there are some good anatomy pictures. So that is on the answer sheet for you Replay Clubbers.

Alicia: I think one of the nice things about that too, Laureen, is when they give you a code to start at, if you’re not sure, at least you know where to look.

Alicia: And sometimes, you’re just not sure where to start and that’s a great advantage to have in those resources, guys.