A: That’s the anesthesia code. You have to go to the anesthesia… What’s that association called? The American Anesthesia Association? There’s an anesthesia group that creates the book that list the base units, that’s why on CPC-type of coding exams, they never ask you that type of information because it’s not in the coding manuals. You have to have that resource from the anesthesia folks.

Alicia: You can google it and get it, you will be able to google it.

A: There are follow-up periods for all procedures; some of them are zero days. Now, normally, I don’t have the follow-up day information for the destruction of warts. Normally, the rule of thumb for Medicare is if they’re cutting into the skin, it’s going to have a 10 day global period. If they’re not, it’s going to be zero. Then you have your other surgeries, your major surgeries, like, hysterectomies, oophorectomies, those are 90 days. And then, third-party payers, some of them follow Medicare; some go even longer than that, they have some that are 120 days.

So, for the wart thing, if they’re coming back in for a follow-up, you have to find out first what the global period is for that particular CPT code for your payer. It sounds like they have a 10-day global, and you saw them at 7 days, let’s say a week. Five days, yeah. So, you’re definitely in a global period for it according to that payer, it sounds like; so they’re not going to pay that. Normally, what you do is you code 99024 and that’s your CPT code that tells the story, they came in for follow-up but we know we’re not going paid for because it’s bundled into the procedure. It is not that you are getting gypped when they set the value of the CPT code, they factor in the follow-up care. So, that’s probably what’s going on there. 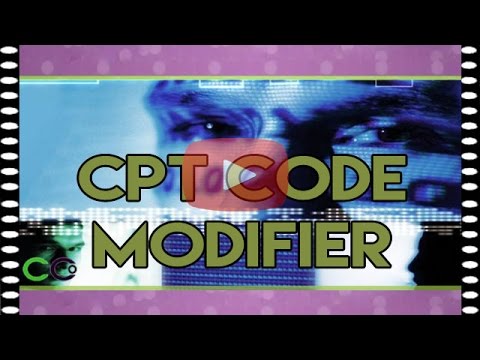 One more, we did good, three minutes.

Q: [Preliminary Surgery Report] Coder is told to use the transcribed “preliminary” surgery report, knowing that the “final” report will appear in the EMR soon. Is this compliant, or does the coder wait for the final transcribed reports?

Alicia: A: There are different policies for different facilities and stuff. This is something that your compliance officer would have a rule or regulation or a policy written, or your CPPM. But yeah, you can pre-code off anything, but you can’t submit anything for payment until it’s signed; and so, yeah, you can code off of it and then know that he does have the ability before he signs it to go and change something. That’s what his signature is saying, “I’ve read it, I’ve reviewed it, and this is what I want it to state,” and so it’s ready to be billed. And I have seen reports, EMRs, where the physician will go in, print it off and he’ll write all over it and make changes. Or maybe the transcriptionist spelled something wrong. And then they send it back and the transcriptionist makes the changes and it comes back. But a physician has a set amount of days before something has to be signed. And there are people that keep track of that, the physician and the hospital.

So, yes, you could code off of that, but you wouldn’t bill off of it until you had a signature and you really would probably have somebody go by it and look at it, I guess. But that would be a regulation. It would be different for all different facilities or practices. You’d want to have a policy in place.

Laureen: Well, everyone, we are 60 seconds to 10 o’clock. We really appreciate those that hanged out to the very end. We still have close to 300 people still in the room, so thank you. We appreciate your interest and we look forward to doing this again next month. Sorry I wasn’t here in the beginning. And Alicia, thank you for doing all the slides and research and pulling in the great graphics.

Alicia: I love doing the graphics. Next month is going to be incredibly exciting, guys. We will have more information about the HCC Risk Adjustment. I’m sure we’ll have more people that have passed their exams. One little note to tell you before we leave, if you’re planning to sit for an exam from this point to the end of the year, you need to get on there and make sure you have an opening, because seats start filling up incredibly fast now, and you’re going to find less and less places that have seats available or have a place that’s even testing. Some people don’t test in December because everybody’s gone. So, get in there – I keep using the word proactive tonight, but be proactive, go pick out your date and get it done before the end of the year.