I really have a thing for diabetes now. I have to deal with so much with that, that I’m particularly enjoying talking about it. The question had come in. The reason I think this question came in is because I think it was in the [Carol] Buck textbook and it’s in the AAPC textbook that we use now as well.

What is the proper E-code – Oh, that’s an E-code? – for a diabetic with ketoacidosis due to malfunction of insulin pump, pump failed to deliver insulin causing ketoacidosis. 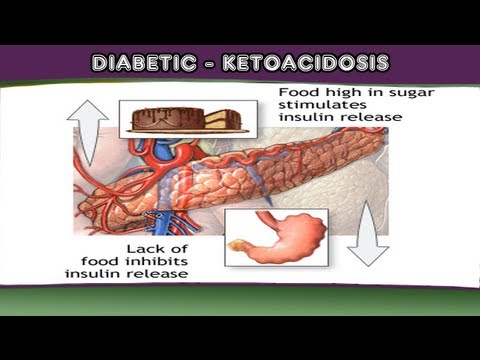 There’s a bunch of research, but she said E-code. I didn’t put in E-code. I’ll have to think about that. I can probably come up with it from memory.

If you’re familiar with a diabetic sliding scale, if you’re heard that term before; and what that is, if you’re looking at a prescription for insulin, it will usually say, maybe 10 cc’s. They’ve take it in the afternoon and the evening but every morning they take 5 cc’s, and that’s because you want more insulin as you’re more active; and when you wake up in the morning you haven’t been active so you don’t need as much insulin. But, let’s say a person has all kinds of things going on with their blood sugar so their insulin goes up and down, up and down, and they use a sliding scale. So, they check their sugar before they eat their lunch. If it’s 175 to 200, they use x amount of insulin. If it’s 200 to 250, they use x amount of insulin. They have this like 10-point little grid, you’d say, of how much insulin to go per what their blood sugar is.

Now, this is really obnoxious to do for some insulin users because they are constantly having to check their blood sugar. You may have to do that like 10 times a day. But what the insulin pump does is it actually checks your blood sugar for you. You stick it in your side. It’s got a little thing that looks like a cell phone or music thing. You don’t even hardly know it’s there and it actually delivers the insulin as it’s supposed to as you need it for your blood sugar. But, if that goes wrong, gets clogged, stops working, you are in big trouble and you usually don’t know it, so you can go into ketoacidosis.

So, what is ketoacidosis? 250.10 is the code for diabetes with ketoacidosis. Meaning that ketoacidosis is something that you have constantly, like a manifestation, but this is a manifestation. This means you’re in bad shape. So, type II or unspecified, not stated as uncontrolled, all the things they are associated with. Now, they throw in that you can use V58.67 because that’s long-term insulin use. So, usually code that as well.

So, what is ketoacidosis? It’s a really bad thing for diabetics. It’s going to cause all kinds of problems. What it means is it produces high levels of blood acids called ketones in the body. The diabetic ketoacidosis develops when your body is unable to produce enough insulin, thus you would be taking insulin. If your pump is not working and you don’t know it, you don’t check your sugar, the insulin normally plays a key role in helping regulate your sugar, your glucose – a major source of energy for your muscles and other tissues enter your cells. Without enough insulin, your body begins to break down fat as an alternate fuel. So, in other words, it literally is going to start breaking, feeding off of fat to produce enough insulin for your body to survive, which is not a good thing because that’s not what the fat was intended to do. And as a result, it’s going to make a buildup of toxic acids in the blood stream.