Laureen: Q: Physician Visit after Surgery – How do you code physician visits in an outpatient setting after surgery who is not in observation or inpatient and was not the surgeon?

A: Whew! I had to really think about this a couple of times.

One of the things when I am teaching EM that I say to my students to really get this office outpatient category sounded down. We get one to use the office visit codes because we can picture ourselves being a patient, but we forget, like what do you do with someone who’s not an inpatient but they feel different than an office visit?

Just ask yourself, if they’re not an inpatient they’re an outpatient; and it just falls right into place answering your own question. So, the answer to this question because they said they’re not an inpatient, they’re an outpatient; so you got to use the office or other outpatient services category. We tend to focus on the “office” word but there is an outpatient in that category heading as well; and because it appears that this physician has seen the patient, it’s not a new patient, they’re going to go to the established office sections and then code it based on the HEM, which is the history, exam, and medical decision making. 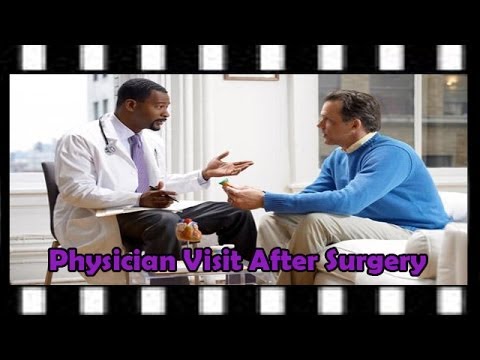 I was thinking this through, like trying to think of a realistic example of this happening. If the physician in the same practice as the surgeon – meaning they have the same tax ID – then it doesn’t really matter that they’re different physicians, so to speak. It’s most likely going to get bundled anyways, because if you picture the same tax ID, the same claim form, being sent for that practice for Mrs. Smith’s whatever surgery she had, they’re going to kick it back as bundled. So, if that’s the case you’re going to need some sort of modifier on that E/M code to – if you feel that it still should be billed. If it’s part of the routine follow-up care of the surgery, then it shouldn’t be billed, its bundled in. But if it’s for a different reason, then yes, you should be able to bill the E/M and you’re going to need a modifier, in this case it’s going to be modifier-24.

Now we do have a CEU class on modifiers and these comes from one of the tools that’s provided in that package, and we basically teach you to use modifiers based on family, so what we’re talking about is the global package family of modifiers: patients had major surgery, you’re trying to get a claim through. They’re going to basically bat everything back at you during that, let’s say 90-global day period or however how long the global period is for that particular surgery, in that particular payer.

So here’s the shopping list of global package modifiers that you’d have to put on to get something paid that normally wouldn’t, in our case we are talking about an E/M, there’s only two E/M global package modifiers, and that’s modifier-24 and 57. In this case, we’re not talking about a decision for surgery situation, so we’re left with unrelated E/M service by the same physician during the post-up period. And I know it’s the same physician, but the payers will sometimes treat same tax ID – you know if they have the same specialty, they’ll treat it almost like it’s the same physician as having done the surgery.

So, with the information that I had, that’s how I kind of piece it together, obviously these questions we have around on the forum, we can’t always get more clarifications, so sometimes we have to fill-in-the blanks.