Q: Atherosclerosis of the left internal mammary artery bypass graft? I see nothing specific on the mammary (artery, is what they they’re talking about). How would you code this?

A: I did some little bit extra research on this because I was a little confused when I went to go look at it as well, and then it dawned on me that I had to break it down and remind myself what all the parts were.

Atherosclerosis is just a disease of the artery, and it just means the plaque has built up on the inner wall of that artery. Then I found this fantastic little article and I’ll go through this really quickly, you can go back and read it more in-depth when you get your copy. It says: a blood vessel located in the inside chest cavity. This is the internal mammary artery (IMA); it’s actually a pretty major vessel. And because it is where it’s located by the sternum, it’s a very good artery to use as a bypass artery. 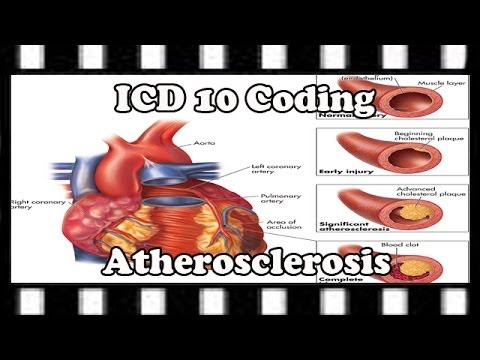 What they do when they bypass is they actually take that mammary artery and disconnect it and put it in other place to [feed] a location of the heart. I’ve got some pictures of that here, but they’re talking about how it’s such a good artery to use, so it’s most often used for a specific types of bypasses they’re needing to be done.

So, why is that important? The IMA is also conveniently located near the most important coronary branch, up at the top, and the left anterior descending (LAD). The surgeon can transfer the lower end of the IMA down to the heart surface to use as a bypass. It’s a good artery that’s big and it’s just in the right place. And so, what they do is there’s a picture of it…

Oh, one more thing that they made a note of because when you go back up and you look at that, the problem that the person is having is they’re having a problem with the bypass graft, there’s stenosis. So, this is a wonderful artery to work with. However, it says: the mammary artery may also be affected by functionally significant stenosis (it gets hard). Most stenoses of the mammary artery are secondary to the surgical procedure (so once they do this bypass, if it’s going to have any problems, I guess you could say gets stenotic or it gets stiff and hard, but only usually after this procedure) at the anastomosis site (where they actually connect it back in).

This is that artery that they’re talking about. This is that vein that they want to lead it, put it into, so here’s where it goes normally. See how it’s so close and they’re just going to connect it to this artery. Here’s another view, so this is what they do. Now, they’ve turned this but see they took that artery and they just tucked it into that other – this vein right here and that oxygenates the part of the heart that’s in trouble.

The code for that in ICD-9 is 414.04 and it states this in bold, and then underneath in fine print it says internal mammary artery, because it’s the most often artery used for that. In ICD-10, I wrote that down for you, I25 Chronic ischemic heart disease. And then right here it tells you. Now, it goes in more depth and I didn’t copy all that for you because it says “with or without” and this is chest pain, this angina and stuff.

I think that’s it, but I wanted you to see, it’s not that it has anything else to do with something…this initials and stuff get very confusing, it’s just a very available and most often used artery to go into this specific vein and get that oxygenated. So that’s it!

Laureen: It looks like pot roast to me [laughs].

Alicia: There were some really graphic pictures out there on Google. And that vein is really big, you can really see it when they crack the chest open but I didn’t put those on there.

Boyd: Thank you. I appreciate that.

Laureen: Oh, you can handle it.

Boyd: No I couldn’t, not what I was going through ICD-10, what chapter was that, I had to look away.

Laureen: I don’t know but they were getting pretty… yeah.

Boyd: But you also have some weird things where you get squeamish on things that shouldn’t upset you. I forgot what that one was, but anyway –

Alicia: We have fun! 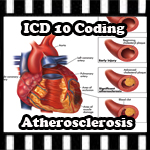