Laureen: I know Alicia has been excited about sharing this one. She’s talking about feet, the whole conference; it’s like, really?

Alicia: [Laughs] It wasn’t just because my feet hurt. This was probably one of my favorite of the sessions that I got to go to. When I was doing some extra work with the AAPC and calling some physician, education on modifiers, it was amazing how many podiatrists were out there. That kind of sparked my interest.

Podiatry – This guy was great. He did session on foot and ankle coding in ICD-10-CM. His name is David Freedman, he’s a podiatrist; and man, was he savvy. He was really good. He’s got a website which we put on there for you and he does some education, so definitely you want to check that out.

What I did with the slides from sessions that I went to, they were really intense, a lot of information. So, I grabbed like one little section that was in there and just wanted to kind of give you the notes that we got. This one, it’s fantastic – Malunion of Fracture, which in ICD-9 is 733.81. The first question you have asked yourself is: anatomically where’s this fracture at? That’s what you always do with a fracture. And malunion coding, note that in ICD-10 it doesn’t have its own code anymore. It’s all inclusive now, it’s built-in to the ICD-10 codes. So that was really interesting. 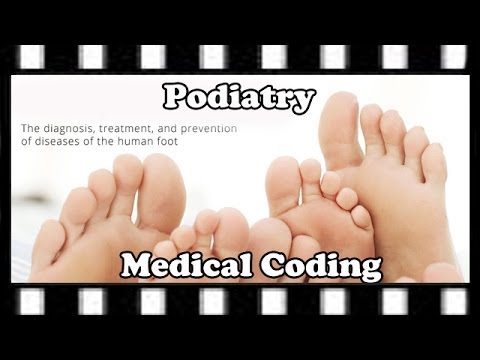 Nonunion of Fracture which will be 733.82. Again, where is the fracture located, and again malunion – that should say nonunion instead of malunion – it doesn’t have its own code, it is encompassed in with the other codes.

Let’s look down here a little bit further; we’ve got the bones of the foot. I think it’s really important for you to learn the basic bones. When you get to the foot, unless you’re going to do something that is podiatry coding, I wouldn’t say you need to learn all of these; but you need to know the tarsals, the metatarsals, the phalanges, the digits and the calcaneus at the heel. Definitely you want to have those memorized.

Let’s go down just a little bit and you can see there’re a lot of little bones and lot of things can actually go on with the foot. This was a little scenario that he gave: Inspection and palpation reveals the rt 2nd metatarsal is painful on palpation with an edematous forefoot. Radiologic exam, AP, Lateral and Medial – what do you say?

Laureen: I say edematous, but tomato, tomato, I’m not sure on that one.

Alicia: I’m not sure either; it’s like edema-tous. They did a range of films and they found out that they’ve got a closed oblique fracture that is non-displaced. We go to the ICD-10 and we’re going to be looking at S92 which is kind of the equivalent of 825.25 in ICD-9. Here’re our choices, when you look at the choices you noticed that you got S92 that’s the base of the code, that’s what’s your working with. And you’ve got a second metatarsal – that also is given in the code.

Now we need to know if it is the initial encounter or subsequent encounter, but then when you get to subsequent then they even get to break it down even more, is it healing routinely – is everything going along just fine? Is there delayed healing, is there a malunion healing, and is there a nonunion healing? See how much they get… so, all this information is in one code which is amazing. That’s why ICD-10 is going to be so much easier course.

Look at this x-ray, I actually sent this x-ray to the guy that did this lecture and he was excited about that, he thought that was pretty cool. But multiple fractures here, and look at those pins. Scroll down just a little bit more for me, Laureen. I think, is that it? Oh, gosh, that’s it! I thought there was so much more. This was just a really intense and fun session and as you can tell I enjoyed it, and we’ll try to bring out some more little nuances as we do other webinars and as I do lectures and stuff because I really learned a lot, it was good.

While she’s changing slides I’ll tell you one more thing, he brought up several codes that weren’t ready in ICD-10 and that they’re discussing and I thought that was pretty fascinating because for the most part I hadn’t seen anything that was going to be a problem but he brought some up and that was cool.

Laureen: You had a couple of fans of your foot picture.

Alicia: The picture of the breaks? I mean, that was awesome!

Laureen: I’m like, why is everyone saying Laureen’s right? I mean, I love hearing that, but they meant about the pronunciation.

Laureen: … the timeline of the comments.

Alicia: Yeah. I would have just said he had edema. 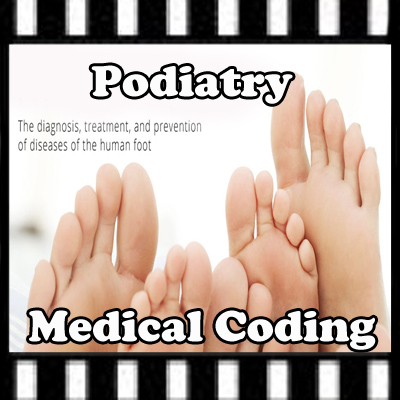