Q: [CPC Exam Prep] I took my CPC exam and I was taking a bit too long on some of the op report scenarios, what are some things that I can do to speed up the process on finding the answer; considering that I only have 2.5 minutes per question to answer. – David

A: David, basically, 2.5 minutes obviously isn’t enough for an Op report question, it’s an average. So, your quickie like medical terminology questions, those should maybe take you less than 30 seconds; so by the time you get to the Op report questions, you should have maybe 5 minutes per question. But I won’t even go by that. You want to do process of elimination. You want to get right in there, look at your four answers first, don’t read the Op report because everything is going to seem important. 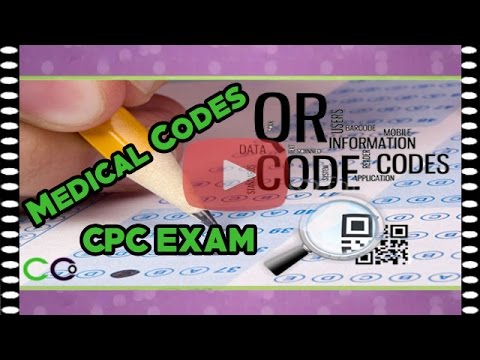 I did this yesterday on the CIC exam. I’m looking up codes, if I was coding it for real, I would have taken a lot more time with it, but I did process of elimination and I narrowed it down to one answer, and there’s others codes to look up, I said, “Nope, I’ll let it go.” I put that answer and I moved on. That’s what you have to do. There is a video on our YouTube channel where I go into that a little more in-depth, so go ahead and search for that. If you’re having trouble finding it, put a question on the discussion board and we’ll find it for you.

A: Separate procedure is just like a heads up saying, “I’m a procedure that’s often done as part of something else. So, just be careful, I might be bundled in something else reporting.” The example I like to use is oophorectomy where they remove an ovary and exploratory lap, 49000, has that little notation “separate procedure” that is saying that that laparotomy is normally part of many other procedures because it’s the approach. Indeed for an oophorectomy, it’s bundled in. So it’s just a heads-up type of thing.

Q: Is it true that after a coding class you must practice as a coder for 1 year prior to taking the exam? – Donna

A: No, absolutely not. Boyd could take the exam next month; he’d have to send his application in. They do not check that. That’s why when you pass, if you don’t have the experience, they put the “apprentice” at the end of your credential. It’s the same exam. So, someone with experience versus a brand new person, they’re taking the same exam, they’re both passing, but one is a CPC, one is a CPC-A for “apprentice.” And don’t sweat the “A” it’s not that big of a deal.

If you take a coding class, they will waive one year of their two-year experience requirement, so make sure the school or the training program you’re going to can give you a letter to verify that so you can get one of those years waived. And as soon as you meet the second year, you get a letter from your employer and you submit that to the AAPC to get your “A” removed. The “scarlet letter,” I call it.