One of the students that we have right now actually posted this oncology coding question on the forum. The forum that we have is a great place for you guys to post some questions that we pull for the webinar. There’s professionals on there as well as students so your question will benefit other people.

She said, “I need clarification on the proper way to code for infusion of a drug Herceptin, J3955, 96413 which are CPT codes for 1 hour and 30 minutes of infusion. The diagnosis is breast cancer and the scenario is: “The reason for the encounter is for infusion of the Herceptin drug for a one-time visit.”

The second scenario, the reason for the encounter is for the infusion of the Herceptin drug for a series of visits. So you have the same thing going on, the difference is you’ve got a one-time visit and you’ve got a series of visits. So should the diagnosis be and those V codes, the V58.11 is actually a code for coming in often? The 174.9 is the cancer code, if you didn’t know.

So if you can eyeball that, what do you think? What would you say would be the code if you didn’t really know the answer, you’re just going to give it the old hairy eyeball? 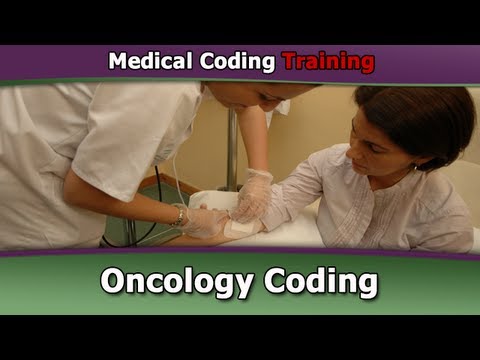 Laureen: The poll’s going on and I’m just going to go to the next slide where I actually have the code definitions.

Boyd: Okay, let’s see… we’ve got… over half voted so far. A little slower on this. People are thinking about it.

Alicia: Doesn’t help if you don’t have your code books in front of you.

Boyd: So I’m going to close the poll in a few seconds here.

Laureen: Yes so V58.11 is encounter for anti-neoplastic chemo, the 174.9 is the unspecified breast cancer and the V58.69 is long-term current use of other medications.

Alicia: I didn’t think to have that put up there. That’s a good idea. We should have thought of that.

Alicia: Well, I can tell you, I understand what the thought process was behind putting the cancer code first. But in actuality, the patient is not coming in for the cancer. They’re coming to their visit to have an infusion. So that’s going to be your first code. So that should have been a heads up to not put the cancert code first.

So here we go. We’ve got an IV infusion of chemotherapy which is that’s what the medication that we gave you was for one hour and 30 minutes. Now your CPT codes are going to be your 96413 for the first hour and then the 96415 is actually an add on code and that’s for the remaining 30 minutes. Now you want to make sure that your documentation is going to support 1 hour and 30 minutes and not any less than that or you won’t be able to use that add on code. Okay now your diagnosis, the answer is V58.11 and the cancer code 174.9. And the rationale behind that is… I may have to scroll down just a tad bit on my screen, I think.

Okay, here we go. First of all, that Herceptin is a monoclonal antibody and is also classified as an atinoplasty. If the patient is encountering medical services for the purposes of the receiving this chemotherapy, you’re always going to use the V58.11 first and then the actual cancer diagnosis. So when you come to a question like this on your board exam then that’s what you’re thinking, they’re not there for the cancer. They’re for the infusion of the chemotherapy. That’s why it’s the first listed diagnosis.

Okay so now you go on to say, I will not use the V58.69 as it’s more… actually intended for a long term use of medications. I think, at the top of my head, long-term insulin use is like V58.6, maybe 7, something like that. So think of it like that. Generally administered by the patient, but not always. So this is not being doing. This is actually being done at a facility so you’re going to use… that’s not the reason why it’s a separate code. But that’s why V58.6 isn’t the proper code.

So your V58.11, more closely describes what’s going on at the moment. You do not put the 174.9 in the front of the V58.11. They’re not there for the breast cancer. They’re there for the chemotherapy.

Now I wanted to give a little heads up and shout out for Lisa Pearson who worked this up for me. She’s one of the coders that’s doing the HCC coding with me. We’re going through training together and she’s also an educator. And I had sent this question to get some follow up on it and she worked that up which was fantastic. I really appreciate her doing that for me.

Laureen: And I put the slide back up for Linda who said she wanted to see the question again. So there you go, Linda. We’re multitasking. I’m reading the Twitter and we’re…

Alicia: And don’t forget, this will be in the replay so you guys can come back to it. 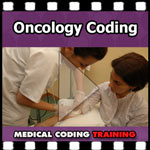