A:  That’s a question that’s asked all the time even when I’m speaking to students about coding, they always bring in the billing components in that and it’s really important for coders to understand this because first of all when we study in for the CPC exam, first of all we always have to remember that we’re using the guidelines from the CPT manual only. That’s very important particularly for students, or CPCs who are already working with insurance companies and observe the reimbursement policies on a daily basis. It’s just that the way CPT presents and the way what insurance companies adopts certain information, it’s all relative. 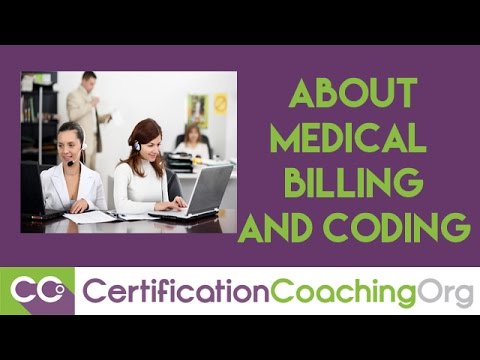 In my own experience, even when I was studying for the exam, I always got inpatient E/M code questions wrong because I thought in the Medicare mindset as opposed to the CPT and it really makes a difference once you get that CPC and you get a real job in some healthcare facility or a doctor’s office or whatever, you have to start paying attention and go to the next level. That’s just very important.

One of the most important factors associated with the CPC coding and insurance payment is the Place of Service code, and that is so important. For example, I can have one podiatrist who will bill for a surgical procedure in an outpatient setting, while another podiatrist can bill for the exact same procedure in an office setting. That podiatrist that performs the surgery in the office will receive more money based on the Relative Value Units, which is basically the office overhead expenses. When a procedure is performed in the outpatient setting, the outpatient department of the hospital will collect that portion of the overhead, paying the doctor less money.

I know for a fact because I worked with the OIG on one of these investigations where they were performing audits on physicians in rural areas who were coding the wrong place of service in order to get more money, and it’s really fraud in its purest form because a lot of doctors in rural areas will get  a stipend if they’re on call in the emergency room or something and they’re supposed to be billing with the emergency department’s place of service because their patients come in, they automatically bill it as an office visit and that’s double dipping and that’s really not good.

Let’s assume that you’re a certified coder, you get a job and you’re going to work with a specialty, let’s say neurology. The first thing you do is view all the procedures that the practice is currently billing for, verify if they’re active or deleted codes, then run a list of the major payers for the practice. Then what you do is you go into every major payer website under provider manual and locate the reimbursement section, you’ll get the CPT codes from your list and you work from that and print them out. You can print them or take notes.

What you want to look for are things, like, does this payer want modifier-50 for bilateral or do they want LT or RT? Every insurance is different. If you use the wrong modifier, your claim will get denied. I know for the CPC exam, they only work with modifier-50, but in the real coding world, you have to know what the payer will accept because you don’t want to waste time appealing claims. Every insurance is different, some procedures are considered bundled into another procedure. We had talked about that last month. We have at least Blue Cross Blue Shield in Mass., they bundle urinalysis with office visit, other insurance payers will pay them.

That’s the type of information that you need to know. Some procedures are billable and other payers will not pay for them, and some payers follow the CPT guidelines, a lot of payers are starting to follow the Medicare Correct Coding Initiative and some have their own set of rules. I usually say the top ten, the major payers for the demographic area and just get the rules that are associated with the procedure codes that you use. Also, remember that Medicare and some other payers may require HCPCS code instead of CPT.

For example, if you have administration of a vaccine, 90471, and that goes to United Healthcare for a flu shot, but Medicare requires G0008 for the administration of a flu shot. They both mean the same thing, but it can affect your reimbursement.  Also, all the information from the payer that’s provided to you, you want to be proactive with this information so that you can ensure payment. And if you receive a denial on an Explanation of Benefit, use it as an opportunity to see why the claim was denied and you’ll learn about the coding, what’s expected from that payer, if something you missed in the printouts or anything.

You just take that knowledge that you obtained from studying for your CPC and use the same process, but you’re just following different payer rules. It’s so similar, but they are a little bit different. And so, you learn how to code, is the first phase of your coding career, learning how to code. Then, once you are employed, you just do your homework and gather all the information ahead of time to know what the payers expect, and that’s how you’ll get your reimbursement.

The last thing is study prior EOBs and see how claims are processed. Trace it back to the original encounter form if you have to and watch the flow of the claim being processed. You can learn a lot by studying an EOB and seeing what modifies… I mean, there were times when modifier -25 would not be accepted by some states in New England for Medicaid and now they accept it. So you have to really know what each insurance company requires and that’s how you’ll get paid. Whether you’re a biller or a coder, the coder also has to know what the payer’s rules are in ordeto code it properly for the biller to keep punch it, if the biller doesn’t take it full circle. That’s that! 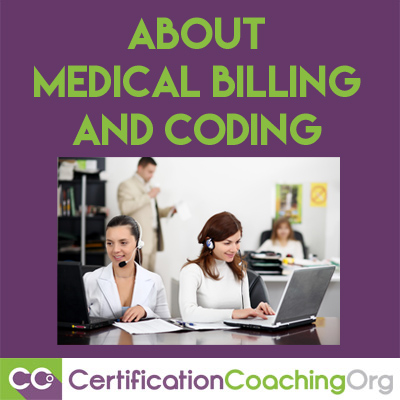