Question: Neoplasms – I really, really like neoplasms. I don’t know why but I just do. What’s the difference between benign and malignant neoplasms?

Answer: It can get very confusing, but keep in mind that benign is not bad, malignant is monstrous. It’s not good. Let’s look at what we’ve got there; I’ve got a couple of samples. This is actually art, but it is what I would draw on a board when I was teaching. I’d say, you have all these cells and let’s say all of your cells are circles – because actually plant cells are square, if you guys didn’t know that from your school. Let’s say we’ve got all of these nice little circles and squares and they’re your cells and they are working well together, they are in good format and everything; but did you notice some of these are darker than the other ones, so they’re different. Let’s say, all of the normal cells doing their function are the lighter color, but if cells change or mutate they aren’t the same as the other cells and these change colors. 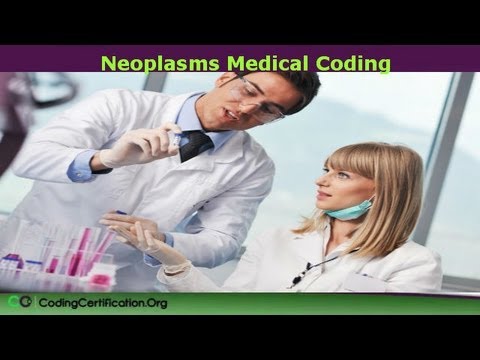 Neoplasm Is Another Word for Tumor

So, let’s talk about this: Neoplasm is another word for tumor. In general, tumors occur when cells divide and grow excessively in the body. Normal cells grow and have division and are strictly controlled. They know their job and they do it well. New cells are created to replace the old ones or to perform new functions. In other words, if you burn yourself, those cells died and they’re taken off and new cells replace them and do the same function that the old cells were supposed to do.

Cells that are damaged or no longer needed die to make room for healthy replacements – burn is an excellent example. If the balance of cell growth and death is disturbed, a tumor may form. Again, think of this picture with the circles and the squares.

A Closer Look at the Cells

Now let’s consider the cells. They all have a function and when an abnormal cell starts replicating itself it takes over space of the normal cells and makes it difficult for them to function, then you’re going to cause a tumor. So you saw those dark cells, let’s say that those dark cells circles don’t work as well as the normal light-colored circles cells. That would cause a tumor because they’re not working properly. Now, when those not normal dark cells start replicating themselves that’s a problem, that’s malignant. They start growing and they’re taking over and mutating and they don’t work as well as the normal light-colored cells. They’re similar but they’re not the same; therefore, the body can’t function as properly as it needs to.

Comparing Malignant Cells to a Dollhouse

We’ll scroll down a little bit we’ll see a picture of a dollhouse. This is the most amazing description of – I tried to say this verbally when I found this dollhouse – this is the best way to think of it. You’ve got this great little dollhouse – that’s your body. And all of this little furniture and little people in there, that’s your organs in your body. Now, let’s take one of those plastic grocery bags that you get from the store and we’re going to poke a hole, we’re going to push it through one of those windows. We’re going to shove that in there. That is going to represent our malignant cells. If you just put that in there, you can kind of weave its way around the furniture, the organs. It may not be causing you any problems but malignant cells replicate themselves and they’re invasive, they take over.

Have you ever seen that expanding insulation foam, it’s amazing stuff, but it comes like a [cock gun – 0:48:17]. Let’s stick that into that bag from the outside and let’s shoot some of that foam in there. And then all of a sudden that bag – just picture this through a window – that bag expanding and pushing that furniture, moving all of that stuff around. If it continues to expand, it’s going to knock down walls.

So, if your organs are the furniture and that bag is expanding and messing up those organs and not allowing those organs to work properly because – think of your lungs, you put one of those bags in your lung and you fill it with that foam, your lung can’t get the air in that it needs. So, therefore, it causes a problem with that organ. Now, a tumor will cause a problem as well because it takes up space.

Again, think of somebody who had a tumor in their brain, it could be benign and it’s just sitting there. It can grow but it’s not taking over the brain cells and changing the way they work. It’s just like stepping on a rock, it’s going to be painful and cause problems. It’s not meant to be there. A lot of times, they’ll go in there and they’ll take it out, or they’ll excise it. If it’s in a really bad place they can be complicated; but if it’s malignant, it’s going to start changing and turning those good cells into mutant cells and it’s invasive, it will grow. So, they not only have to remove malignant but they also have to usually use chemotherapy or radiation because they’re just little monsters, they’re little mutants and when they grab a hold of good healthy cells, they take over and change them.

That’s the difference between benign and malignant. They’re both abnormal cells. And benign will just sit there and take up space which can be very harmful, but once it’s removed and excised it’s not going to come back; whereas a malignant tumor is invasive and it wants to take up space and it thrives on growing and changing the atmosphere that it’s in. That’s the difference between benign and malignant.

Now, every time you see a dollhouse you’re going to think of malignancies, aren’t you? I’m sorry to ruin that childhood concept for you. 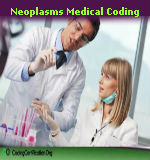