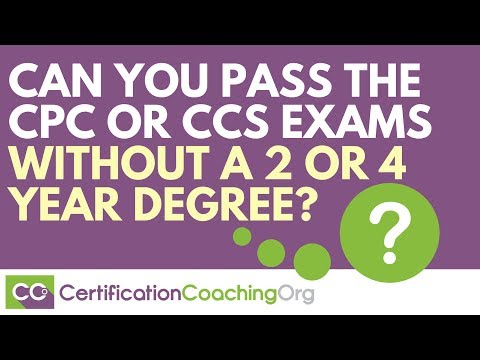 Laureen:  There are schools out there. AHIMA is very well known for, like the RHIT and their RHIA programs requiring you go to certain schools that are approved by them. I know when I went to become an occupational therapist, there was only certain colleges that qualified to even provide an OT curriculum, and you had to graduate from that particular program before you can even sit for the occupational therapy board exam.

With coding, it’s not that way; especially with the AAPC. Anyone can put in their application and take it. Obviously, you’re not going to pass unless you do some sort of preparation. So, you can go to a college course. Maybe some people want to get a college degree and they want to learn coding. I know for myself, when I used to teach at Drexel University in Philadelphia, they were one of the first schools that developed an Associates program with medical billing and coding, and no other college in the country had done that yet. So they were the first ones. I was really proud to be a part of that, and that, you know, … you don’t have to have a degree in this career field.

That’s what’s great about it. If you have it, yes, you’ll probably advance quicker and go further, but it’s not a requirement.  So to be able to do a medical coding online course and learn this content within 4-6 months, and be sitting for certification exam and probably employed within one calendar year is pretty amazing, I think.

Can you pass without a two- or four-year degree? Absolutely. We do it all the time, but there’s nothing wrong with getting your degree as well. I don’t know if you wanted to share anything on that one?

Chandra:  I don’t have a degree, I’ll share that piece. I’m actually two courses short of my bachelor’s, but when I started doing this almost 15 years ago, I didn’t have college education. I simply had a lot of experience in the healthcare field. The extent of my education before I passed the CPC was a very intensive one-week boot camp in addition to the day-to-day work experience that I had actually working in the field. That was back before, I think it’s now HCPro’s Boot Camp, but back then it was owned by a guy named Hugh Aaron who is an attorney and that was his niche, that’s what he did, and I attended one of those. So, it can be done and you can be very successful, and it is all what you make it.

Absolutely, do the two- and the four-year degrees allow you to open certain doors with certain companies? Yes, but many of them also look at education.