Q: Contusion and Abrasion — “Is the code rule for contusion and abrasion the same as ICD-9 was, i.e., code contusion only or do we code both now?”

Chandra: A: The answer to that question is they’re both considered superficial injuries and they would be coded separately. If they’re in the same location, the same body area, the same spot, the patient has both the contusion and abrasion, I typically would not assign a code for both of them. I would go with the more severe, talking to the physician as to what it was, because remember a contusion is bruise, under the skin, and abrasion actually scrapes the skin. Abrasion is actually usually considered a little bit more severe; but you need to work with your providers and find out what their take on it is because they don’t always see eye-to-eye with us, even eye-to-eye with one another. But develop your policy, most coders don’t code for both, but you can. There’s nothing that says you can’t. 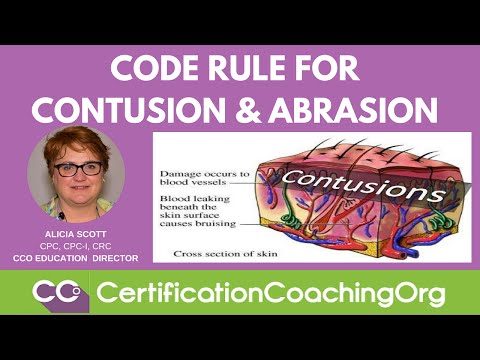 Alicia: Remember we code for statistical purposes, that’s our primary role, it just happens to be a convenient way to get paid. Whether you code for abrasion or contusion, it’s not going to change the way they get paid. You’re substantiating the CPT code in this scenario. Again, I always think of a person that’s been in a motorcycle accident and they’re always breaking down all of the injuries that are usually all… you got plenty contusion, abrasions, then you have avulsions and everything. 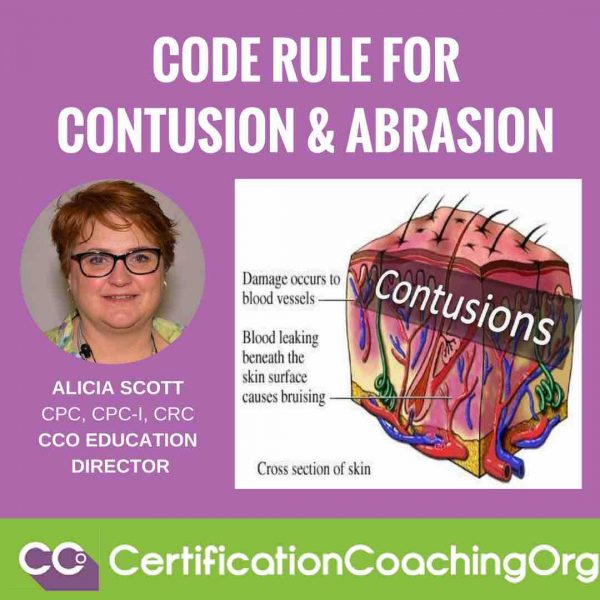