OK, this one is mine, Discharge and Admit within Hours. This is a very unusual case, I never heard of something like this.

Q: “I have a patient that was being discharged from the hospital from one physician & within a couple of hours she was admitted by a different physician. Can we use the admit/discharge code (99234, 99235, 99236)? If you cannot bill this code could you give a reason why we could not? Thank you, Debi.”

Now, I just realized, I think I read the question wrong. I thought she was saying that they were admitted and discharged the same day and then they came back the same day. Now, I’m realizing, this is kind of backwards. It’s like a discharge and then an admit. Let’s go to my original understanding since that’s how I answered it. That I thought we had two events – an admit and discharge earlier in the day and another admit later in the day.

How To Code Discharge and Admit within Hours — Video 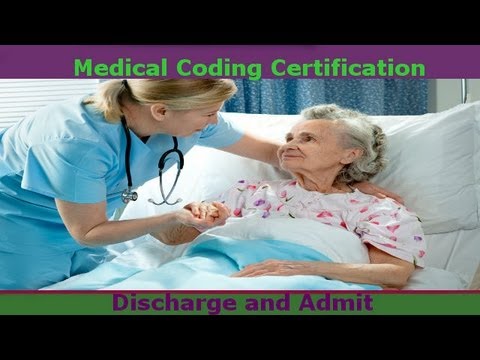 A: So, the general rule of thumb with E/M codes is you get one per customer, so one E/M code per physician per patient per day. There are some exemptions but that’s the general rule. So, they have this thing called the “carryover concept.” Let’s say the patient was in observation and the observation is basically to decide are they going to be admitted or not?

So, if you have a patient who’s admitted to observation or inpatient and they’re discharged the very same day, they have this unique code that is called admit and discharge code. Keeping to the rule of one E/M code per day, even if they had two different events, you only get one code.

Let’s look at the codes here. I just did a couple grabs from my scanned page here. These are the three levels of codes: 99234, 99235, and 99236. This is something I have my students do, have them write: A&D same day, A&D same day. So when they turn to these codes, it jumps right out of them, that that’s what these are. Basically, it says: including admission and discharge on the same date. If that’s your patient situation, these are the three codes you should choose from. Then, the little notes on the margin it’s just a technique that we use to teach E/M.

So, off-the-cuff reading this question again. If it’s, “I have a patient that was being discharged from the hospital from one physician & within a couple of hours she was admitted by a different physician.” See, I need a little more information, is this the same practice, so it’s the same 1500-form that you’re billing? I don’t think that’s the intent of the A&D codes, it’s supposed to be admission then discharge, discharge then admission. I think this is definitely payer specific and you might be fine since it’s different physician. Just for physician A, bill your discharge; for physician B, bill your admit. Hopefully, that helps. 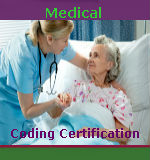