Laureen: OK, Alicia, abstracting a coding case. Alicia: Well, in our Thursday night lectures, webinars, we get together and often take a case. And so, this is one that we did but I decided to do this because we had a question coming. Q: I need more practice pulling the important information out of the case and where to get started. A: This is actually a case on Practicode, and this is the way more less that it’s set up, you’re going to have, ought to decide in Practicode where you’re going to be able to put in your codes. But what I did was since it’s several pages long and that’s – you’re not going to get cases on the exam that are several pages which you may get a page and a half or a full page, and that should not intimidate you because some of that stuff I like to call fodder and it’s not really fodder but this information that you don’t necessarily need to pull out the proper codes. So when I’m looking at this case, the things that are going to jump out at me when I’m scanning it first to abstract the information, I put in purple. So, why did the person come in for the visit, that’s their chief complaint or the CC – they’re dong med refill and bilateral back pain. And in the HPI (history of the present illness), I noticed right off they have GERD and then he goes in-depth about what’s happening with the GERD. And then the next thing – you’ve got three paragraphs or its cut there on one diagnosis. Then we have back pain, so that jumps out at me; the person has back pain so we’re going to find out more information about that. 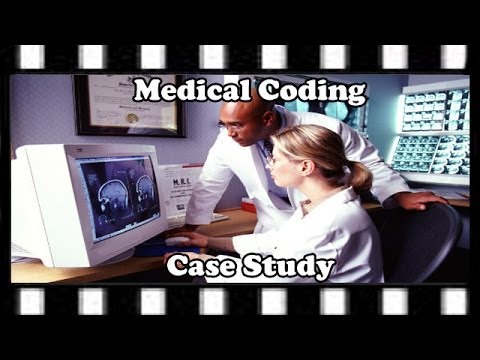 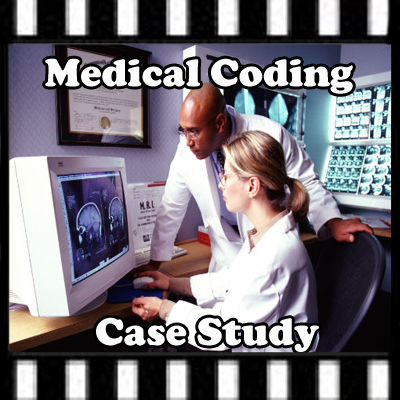