Laureen: Q: This next question is about preventative E/M coding with a regular E/M and whether or not a modifier is needed. This reply was actually started by Alicia so I’m kind of stealing it. She might jump in and help me a little bit.

From Amanda: Please help me understand how to properly code for a routine well-woman exam (preventative yearly check-up) for an established patient under 39 years AND a separate issue, like depression. (The primary reason for the visit is the preventative care, but during the visit the second reason, depression is discussed and patient issued prescription for meds and/or counseling). Wouldn’t it be 99395, 99213-25? I’m SO confused with modifiers. Thanks for helping.

I just have to say whenever I do this in class and we talk about preventative visits, I said, “You know well-visits and the well-baby check, the well-woman; ever noticed there’s never any well-man?” But it’s true, we never say that.

Boyd: It feels like it’s true on this side too.

Laureen: Preventative medicine is basically your not-sick codes. You’re not coming in with a diagnosis because it’s a well-visit, it’s a checkup. But oftentimes, they come in and sometimes a patient save up a problem that they planned on talking about; and other times, it comes up during the course of the evaluation. So keep that in mind. 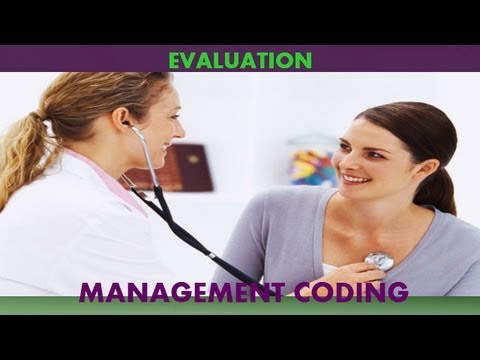 A:  Here are a couple of definitions for you 99395 – Periodic comprehensive preventive medicine re evaluation and management of an individual including an age and gender appropriate history, examination, etc.

So, it’s important for this, this is not based on your typical HEM (history, exam, medical decision making), it is based on the person’s age and whether they’re a new or established patient. Then, for example, if they’re just a young teen or whatever, the physician is going to start talking and counseling the patient about STDs and safe sex and all that kind of stuff, even though they’ll swear up and down, “No, no, no. I’m not sexually active and I don’t plan on ever being,” they will still go over because that’s just part of what’s included in that comprehensive well-visit, if you will.

A 99213 is an office or other outpatient visit. Now, for the sake of discussion could be any regular E/M or HEM-based E/M. She just happened to pick a level 3code based on the scenario that she was trying to code. Then, modifier-25 is significant, separately identifiable evaluation and management service by the same physician. So, this comes into play because we have to almost treat a preventative medicine E/M code as a non-E/M code. If we want to code that in addition to a sick code – so we’ve got a well code and a sick code, we’re going to need to put that 25 on.

This is my rule; it’s how I teach it in class. Remember Laureen says, “You can’t bill an E/M unless you have a HEM!” So, you got your preventative medicine visit code, that’s what they came for, that’s what is documented. Now, you’re going, “Hmmm, can I bill the regular E/M too?” Well, do you have a HEM? Do you have a clearly separate documentation that says a history, an exam, and medical decision making was done related to that depression or whatever the case maybe? OK? If you don’t, then that E/M is more than likely just bundled into the preventative medicine code. You’ll see that if you turn to the Preventative Medicine section of E/M and you look at the guidelines, it will say, if it’s something minor, throw it in. If it’s significant and separate, go ahead and bill it with a 25. So, significant and separate, you mentally want to picture seeing a separate note for that problem – which in this case is depression.

Now, I’ve heard it in conferences and I think it’s a good advice where consultants have instructed offices to literally have separate notes. One that is a preventative medicine note, it’s actually headed preventative, and then a separate one for the problem visit even though it happened on the same day. Keep them truly separate. Then, if the documentation is separate, it’s very easy to code and bill it separate and you protect it in case of an audit.

Alicia, I think you pulled some people on this; Vanessa, Christina and Diana, right?

Alicia: Yes. Vanessa is a compliance officer for a multi-physician facility, and Diana she is doing remote, but you know what I mean? She is coding for several doctors in a company that she worked for. They were both able to give some information about this that I took from there and it’s exactly like you said. It’s got to be separate. And I even gave advice to a podiatrist this week that he inquired about modifier-25 usage and told them like you said make a separate note. If you have to turn around and give an injection that’s not what they came in for, make a separate note. Then, there’s no doubt in anybody’s mind that it wasn’t proper usage. 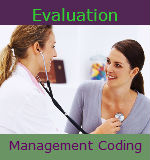