A: I’ve said this before, but if you’re new to me and Alicia, the minds of Laureen and the minds of Alicia, I’m very much a visual learner. I need to color code things and mark them up. That’s a big teaching technique that we share with our students. So, what I did is I took a picture from my, kind of scribbled on, CPT manual. Here’s that first panel code she was mentioning, 80048. The panel, if you don’t know, is really a space-saving convention. So, these eight tests that are listed below it are bundled into 80048. It’s done because commonly when a physician wants to look at the patient’s basic metabolic situation, these are the eight tests that he/she would typically order. And therefore, we only have six slots on our 1500 form for procedures, we’d end up having to use two claim forms and they haven’t even reported the office visit yet; so they came up with these panels. 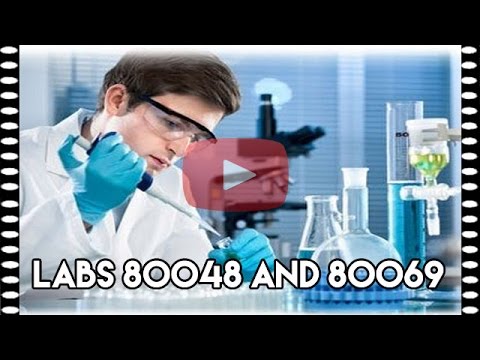 If you look at this, it says: So, it looks like you wanted to code the panel code 80048 which includes the 8 individual codes listed, in addition to these two individual tests, the 82040 and 84100 as well. I said, if you look closely, the same 8 tests that are in panel 80048 up here, so 82310 and etc., are in 80069, the renal function panel. So, if you look at the orange, 82310, if you go back up here – sorry for the scrolling guys, don’t want to make you dizzy – there it is, 82310. And so, just trust me; all of these in orange were in that previous panel code. And the two in pink were the two that she wanted to code extra; therefore, you wouldn’t code the smaller panel with the two extra tests, you would code the bigger panel, the one that has the 10 tests.

So, it was probably just a matter of matching up all of the tests to see that, “Oh! The same 8 were in this panel.” That actually was a quick one to do, one side did the color coding, because at first you start seeing all the codes and you’re like, “What?” But you have to break it down. I think what she was thinking of is, if you… you don’t want to code two panels if there’s any one test that overlaps, but in this   case there wasn’t. So, when she checked it in her CCI Edit checker, it totally just report one unit of 80069, which is accurate for reporting this 10 tests.