Laureen: How do you become a facility coder or inpatient coder?

Alicia, feel free to jump in on any of these here.

Alicia:  A: That one, if you’re really intent on being an inpatient coder, I would make sure that I start getting experience in any type of coding right away. The thing about inpatient coding, it is a different ball game than physician-based coding. And they usually in the past, they would want somebody that had five years of experience in coding. Then, they got to where they would say they wanted two years of experience. Some people
thought, “Why did they want somebody that’s so experienced?” It’s a broader range of coding, when you’re working for a doctor you’re seeing the same things over and over again repeatedly; but when you get into a facility, you’ve got a wide range. You got massive cardiology charts to do as well as pneumonia chart, or somebody having their hip replaced and stuff. There’s not necessarily a niche in inpatient coding like there is in facility-based coding, so you have to be diverse. And basically, it’s a whole lot more money and it’s not based on CPT like physician-based coding is.

How to Become a Facility Coder or Inpatient Coder – Video 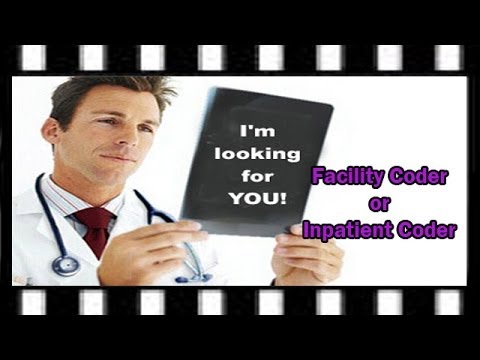 So, they want somebody that knows the diagnoses, knows the ICD-9, and they want somebody who knows the physiology of diseases. Again, it kind of boils down, I think, to the money; if you make a mistake with a physician-based you might be looking at several hundred dollars and you can recoup that, it’s not a big deal. You have to reason that, stuff with that. You make mistakes at inpatient, you’re talking about tens of thousands of dollars; and if you’re not very accurate and you get multiple errors where stuff is not being sent, you’re not getting paid because of an error, then that really puts a facility behind. So they want somebody that can kind of hit the ground running. Now, can you go straight into inpatient coding? Yeah, you could, and there are a lot of
places that want to train you to be an inpatient coder, so you have to really market yourself if that’s your desire, really get to know anatomy, physiology and diagnosis coding and be willing to have a positive attitude and continue to learn, and you could do it.

Laureen:     Great. And I just wanted to say too, like, how do you become facility coder is similar to how do you become a physician coder, I’m assuming it’s like you’re brand new, how do you break in. I’m going to recommend Practicode as well because of the cases that they have in there; they do have cases for inpatient and outpatient. If that’s what you’re interested in, then focus on coding those cases and getting your proficiency up, your speed and your accuracy.

Laureen:     Says that they’re going to have a way for you to be able to print out your proficiency and be able to put it like in a portfolio to bring it on the job interview, so keep that in mind. And I believe they actually through their sister company Aviacode have contracts with outpatient companies that are looking for people to do that kind of coding. So, keep that in mind too.

Alicia:  You’ll hear them say they want quality and quantity; so in other words, they want you to be a quality coder, be like a 98% pass their testing and stuff like that. But they also want quantity, so you got to be steady and not slow; but Practicode will definitely show your quality, and quality trumps quantity every time.

How to Get Medical Coding Ceu’s
AAPC – Inpatient/Facility Coding 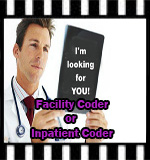