Laureen:  Yeah… Alright, now I think we go back to your gestational diabetes.

They have found that 18% of women in their pregnancies get gestational diabetes, and you can have it at one time and not have it another. They don’t know the cause, but they do know it has something to do with the placenta that supports the baby when it grows; that hormones from the placenta help the baby develop, but these hormones also block the action of the mother’s insulin in the body, so this problem is called insulin resistance, and it makes hard for the mother’s body to use the insulin so she may actually produce three times as much insulin as needed. 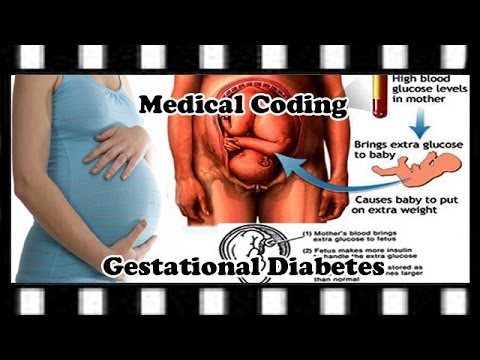 Gestational diabetes starts when your body is not able to make and use all the insulin that your body is producing for the baby and the mother, and without enough insulin the glucose can’t be turned into energy. There was a great website that this came from, but ultimately what happens is that glucose builds up in the blood and it just gets too high and you have hyperglycemia.

You can, a lot of times, just regulate that insulin by diet and exercise, but sometimes it’s bad enough that you would have to take a medication, take a pill maybe; but there are incidences where women actually have to take insulin injections. I don’t know how common that is, but I do know that when they test you and they do that glucose tolerance test, they do it about the time, it’s like a 20-some weeks, because that’s when it usually exhibits itself.

Again, as soon as that baby is born, your body goes back to normal and you may never have problems again. It doesn’t matter what size you are. You can be a very thin, healthy, never have had a history of sugar problems in you or your family, or you can bea big woman and rather unhealthy.  It just doesn’t matter. It has more to do with the placenta, and there’s nothing that you can do to stop it either, that it’s either going to happen or it’s not. That being said, it is diabetes but it is diabetes that comes on and goes in relation to the pregnancy, so it’s not coded 250.00, it is actually coded in the 600s.

Alicia:  And that’s a great website there by the way.

Laureen:  Why don’t we go back to this one, just some follow-up questions if you didn’t mind, and then we’ll let Boyd merge them together. Sorry, Boyd.

Alicia:  Is that the one, is someone saying something about the third degree? I saw that question pop up. Let’s see here, if you go and you look up that code which is the –

Laureen:  What’s the question so that everyone can know what we’re trying to answer?

Alicia:  Q: They were wanting to know on the first scenario, if a person has a first degree burn, how come it’s being coded in the third degree section?

A: The T21.11 is for first degree, but I think they’re talking about the T31.11. If you go and you look at that code, I think that’s a generalized code. They’re not saying they don’t have a code for 1st degree, 2nd, and 3rd degree… I’m going to pull up my book at the same time… Yeah, you got to tell it’s to ICD-10. I really like using Find-A-Code.

Alicia:    Yeah, go ahead, if you do your slide I will look that up.

Alicia:    And confirm that, and even you probably have the same ICD-10 that I do and I will give you a page number.

Laureen:    Because I think this digit here is we’re supposed to add up the TBSA (Total Body Surface Area), and then the last digit is supposed to be that is 3rd degree or worse like a deep 3rd, or 3rd with loss of body part. 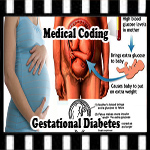