Q: ICD 10 Changes in Physicians Office – “How severely will ICD-10 change what is done in the physician’s office?

Alicia: A: I would say the first thing that you’re going to notice is a big change, is that you know that encounter form that everybody uses or the superbill, ICD-10 doesn’t fit on one page superbill. That takes adjustment. We even did a webinar; we did a talk on superbill recently and gave several really helpful ideas on how to make a superbill for ICD-10, especially specialty offices. That’s the number one thing you’re going to see change.

Number two is I think that you’re going to have a lot more communication between, let’s say, three parts of an office. You’ve got the front office, who is meeting with the people and doing the billing and putting in charges and stuff, and then you have the back office who is doing the documentation and so on. Then you’ve got the management or the mediator people that makes sure everything is running smoothly. You’re going to have to start having meetings and making sure that your communication is very good as you transition. 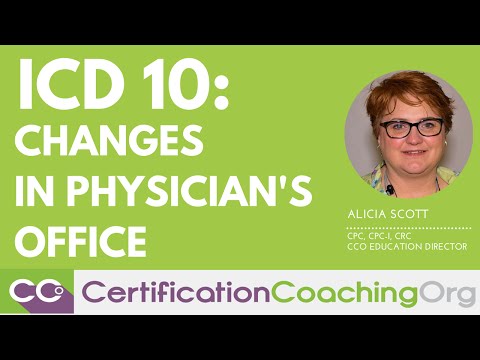 You know what? There’s some great EMR software out there, but I think the other thing that you’re going to have to do is make sure, audit, you’re going to have to constantly audit the first year to make sure that the documentation is meeting the standards for ICD-10 and making sure that the coders have the anatomy and physiology training that they need to get to the highest specificity that ICD-10 demands. Those are some of the main things that I think you’ll notice or you need to do to prepare for ICD-10; otherwise, it’s going to be a breeze. 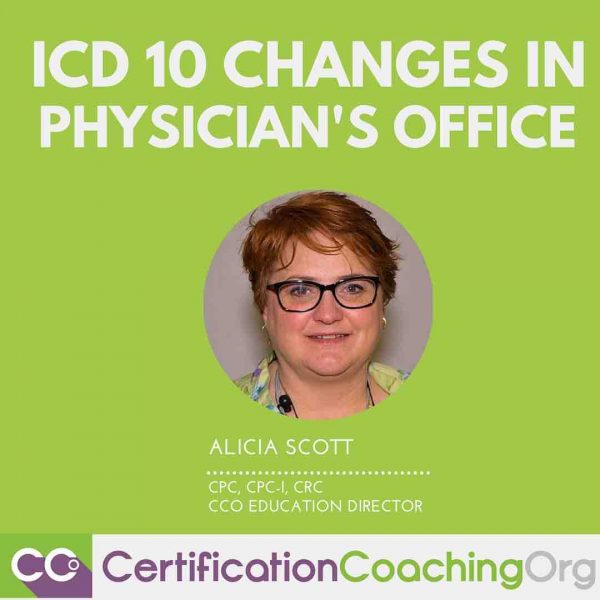