Q: (ICD 10 Question) – For ICD-10, what service would you recommend to use to educate doctors regarding their documentation? Shouldn’t I know about ICD-9 before learning ICD-10? – Kind of combo question, you want to take that one, Alicia?

Alicia: First, you want to know ICD-9 and ICD-10. I like to refer, use an example of that by saying, when someone learns to drive, if they learned to drive on a five speed, which would be like ICD-9, they have no trouble driving on automatic Cadillac, and that’s what ICD-10 is. If you learned to drive on a Cadillac that’s an automatic, you’re going to struggle driving a five speed, and you’re going to be popping the clutch and grinding the gears. So, that’s the way it is. If you know ICD-9, ICD-10 is going to be really easy and you’re going to really enjoy it. If you learned in ICD-10 and you don’t know ICD-9, you’re still going to have to use ICD-9 for a while; you might struggle a little bit. 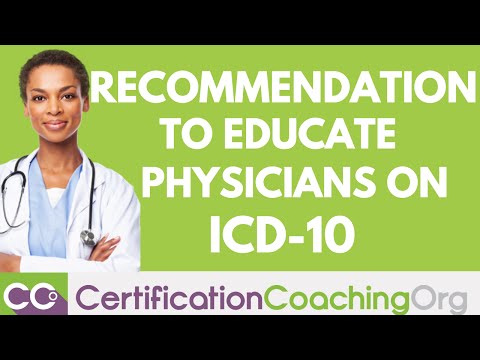 Now, about documentation for your physicians, there are several places that you can go to get education for your physicians for documentation. One of the things that I would do is tell them, it would be a good idea to pick up an ICD-10 class. They don’t have to deal in coding all the time, but if they’re serious, then just picking up on ICD-10 classes is going to be very beneficial to them. And we have just ICD-10 by itself. They can go through it pretty quickly because the purpose is not to be coding constantly, it will allow them to see the documentation that they need to make it easier for their coders to code to the highest specificity and that’s what everybody wants. So, that’s what I would suggest that they do.

In addition, what they could do and they should be able to breeze through it pretty quickly is take, like, Medical Terminology and Anatomy class for ICD-10 which we just happen to have as well. Because then they’re seeing again, the lingo and the terminology that is very specific for ICD-10. So, that would be my suggestions. 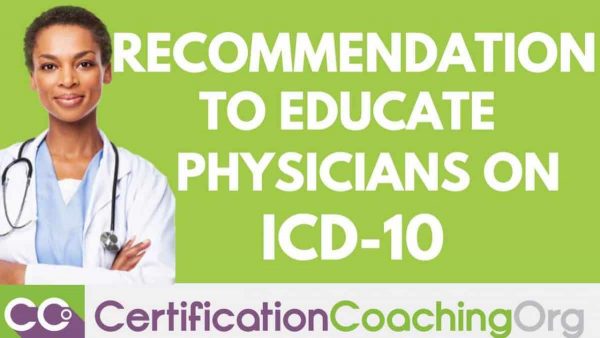