Laureen: Q-14 Talking about ICD 10 CM, my doctor says he doesn’t like it. He says if he sees a patient with an ankle injury, no matter exactly what area of the ankle, patient needs an X-ray, and he says ICD-10 takes away too much of the doctor’s time. 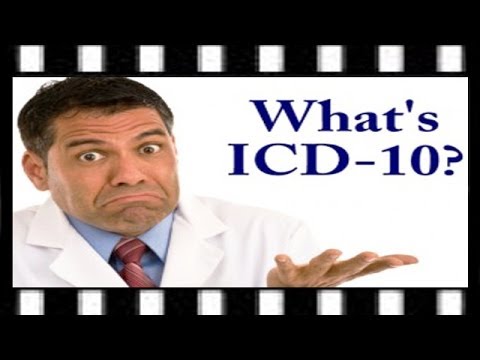 Alicia: A: I know who posted this because she’s in the ICD-10 class right now and I giggled when I saw it. But, the fact is what they already document is sufficient for ICD-10 and every once in a while you’ll just – and it just allows you to get a little more specific. So, again, you have unspecified in there just like you had in ICD-9. The trouble is, there’s already insurance companies that are grumbling about, “Well, we won’t pay unspecified codes.” So, that’s something to look at; but ideally, yes, their documentation may need to be bumped up a little bit, but this is all stuff that they should be documenting anyway, and I really don’t see that that is going to make that much of a difference. The idea is to code to the highest specificity of the documentation you’re given and patient care.

So, if you know why he’s doing now is sufficient to get the proper code; then, it shouldn’t be any more work. And if it is not, then you as the coder can go in and say, “Oh by the way, doctor, I have a choice between this and this. The documentation didn’t quite fill it out for me, which one you want me to put there?” And then before long, he will be filling it in because he doesn’t want you to ask. So, it shouldn’t be it’s a lack of knowledge on his part which is called ignorance of ICD-10, play it up, tell him how wonderful it is, and he’ll follow soon. We don’t have a choice, but make it less painful for him, talk about how great it is.