Alicia: Now, we’re going to talk about Crosswalking ICD-9 to ICD-10. For all of us with that ICD-10, it’s a lot of fun. Laureen and I have actually already tested for ICD-10 and I was a little bit nervous before I started it, but hey once you get started, it’s not a problem at all so don’t get nervous. Just pay attention to the details. If you’re confident in ICD-9, I don’t think you’ll have a problem with ICD 10 coding. But a lot of people don’t understand what it means to crosswalk in the coding. I know that when I first started, I had no idea what they were talking about. But what you can do is you take an ICD-9 code and it converts or crosswalk to ICD-10. And the same thing, you can take an ICD-10 and go back to ICD-9.

So, some of the ones that are really common ones that I pulled out and probably the first ones you’ll learn, for ICD-10, the code I10 it’s the very first ICD-10 code I learned is actually hypertension. But the interesting thing is, when you go into one of the translators and you put in I10, three codes come up: malignant, benign and 401.9 not otherwise specified hypertension. What that tells you is in ICD-10 I10 covers all three codes, which is really interesting because usually with ICD-10 it’s the other way around for one ICD-9 codes you get three or more ICD-10 codes because they’re more specific. But for hypertension, it actually went the other way. 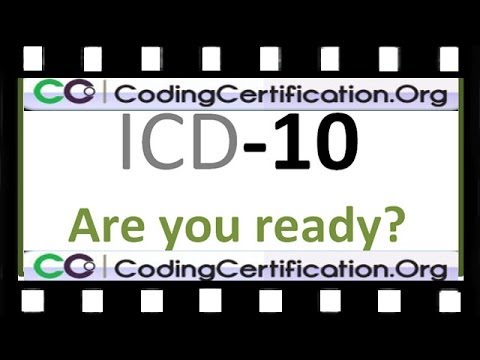 There’s another process that helps you with that and that’s called the GEMs file and it gives you a list of ICD-9, ICD-10 codes and the attributes of the mapping between the two code sets. There is a file for mapping ICD-10 and ICD-9 and another for mapping back to the other way, ICD-9 to ICD-10. So, mapping from 9 to 10 is called “forward mapping” and mapping from 10 to 9 is called “backward mapping” which is another way of looking back to see what she had in ICD-9 and seeing what it’s going to be in ICD-10. The GEMs files are available for free, there’s a website right here that you can go to. But if you’re just in a hurry, you can just go to the AAPC website and use their translator and that’s real easy to do.

What we’re going to go to is ICD-10 right here and we’re going to look for the translator… Let’s put in COPD 436…I67.89 – other cerebrovascular disease. Let’s do one that I…

Laureen: Someone asked if you’re doing CM or PCS, this is just CM.

Alicia: Correct, yes! Not PCS, this is CM. Now, there are trackers for that.

There we go, see there’s the three, actually there’s more, look at that. Malignant hypertension…oh, it’s just repeating them. So, it’s really not difficult. If you come across one or if you’re just curious, jump in there and start looking around. Because not everybody can afford the $80 or so for the ICD-10 draft; but if you can, get one. If you’re serious about it, go ahead and get one and start looking around. It looks a little intimidating because it’s so full; so once you get the hang of it, it is a breeze, guys. Especially if you’re already coding, you’re going to truly appreciate the way it’s set up and how it’s so much more specific. There’s no guessing anymore. You’re going to love it, just like us. 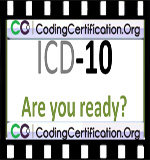