Alicia: Oh, another ICD-10, imagine that. This was a question that had come in, I believe, in the forum.

Q: Torus fracture of upper end of right humerus, initial encounter (with Dr. A) for closed fracture. That’s the proper code for that S42.271A. Then, the patient comes back and it’s the same thing, subsequent encounter for fracture with delayed healing (with Dr. A) the original doctor. So, the “A” at the end indicates initial encounter. The “G” on the second code indicates this is a subsequent encounter and it has delayed healing. What’s so great is that you couldn’t do that in ICD-9.

“Suppose the patient seeks out Dr. B at another practice to go to when they experience delayed healing…would it still be coded S42.271G even though it was the initial visit for that doctor?”

This is really, really interesting. When it came to the forum, I answered it and I think I wrote some information about it. But then, when we put it on the slide, I really went in to double check the guidelines and stuff. I kind of gathered what I had said, so I called my fellow AAPC ICD-10 auditors just to confirm that what I was thinking was correct and she agreed with me. 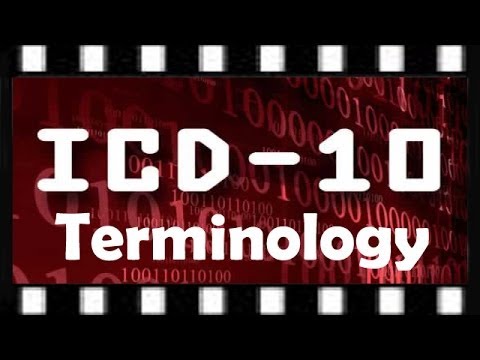 A:  There’s an excellent picture of that particular fracture which I went and found, which is really awesome. Again, this is a really, really good question. You have to consider this is a subsequent visit so the character G – and they’re called characters instead of digits now because you have numbers and letters – with a different physician because the character is not referring to what is being done to the patient but the status of the diagnosis. A different physician might be a consult or a 2nd opinion but the fact is the case diagnosis had not changed.

So, the guy goes in, he’s got a specific fracture of his humerus, the upper arm, and he goes back a second visit and they’ve determined that it’s not healing, it’s slow to heal for whatever reason and that has a specific code. But they’re going to take that code with them to another doctor.

If we scroll down the guidelines, I typed out the guidelines for this. Again, the A” equals the initial visit. The “G” is a subsequent visit diagnosis with that also includes the definition of slow to heal. The guideline states: 7th digit for initial encounters (A, B, C. It only gives you a choice of A in the grouping that goes with it) while the patient is receiving active treatment for the fracture. Examples of active treatment are: surgical treatment, emergency department encounter and evaluation and treatment by a new physician.

Now, this is what threw me when I read the guideline because, “Oh! New physician,” but that’s not what it means because the diagnosis is saying the same. If the new physician changes the diagnosis, then it would be initial diagnosis. Does this make sense? You can’t respond, sorry.  So, don’t let a treatment by a new physician confuse you. You’re not getting treatment by a new physician, you’re confirming that it’s the same diagnosis and this is scenario we were given. Now, if that doctor changes the diagnosis, then an “A” would be appended. Let’s say, he decides it’s a pathological fracture or something, and therefore that’s what’s not healing one, that would change everything. Then, it would be an “A” but the diagnosis has been carried from one doctor to another so therefore it’s a subsequent visit.

So, you don’t want to confuse the payer. If you want to put in “A” on that for the second physician, then it would look as if to that payer that it was a re-fracture. OK? And you don’t want to paint the picture for the payer, and to do that you have to keep it as a “G” unless the diagnosis changes. Now, that is different than it is for ICD-9 because we didn’t have these options in ICD-9 and we do now, so we can actually code with 10 to a higher specificity and the continuous care is going to be better for the patient and the all-around care for the patient is going to be better. OK? I think that’s pretty much all that was on the slide if we scroll down a little bit more, I think I said everything else that was on there. Yeah! So, don’t confuse the payer, think in terms of what you’re telling the payer, not necessarily what your thinking should be said, because it’s not always the same. 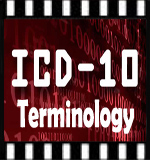