A: This is something that we probably don’t have quite enough information as far as just this statement. We probably need a little bit more but we can go over the basics here. Actually, from what you read here, this is not a screening colonoscopy, this is a diagnostic colonoscopy. The testing of a person to rule out or confirm a suspected diagnosis because the patient has some signs or symptoms is a diagnostic exam, not a screening. 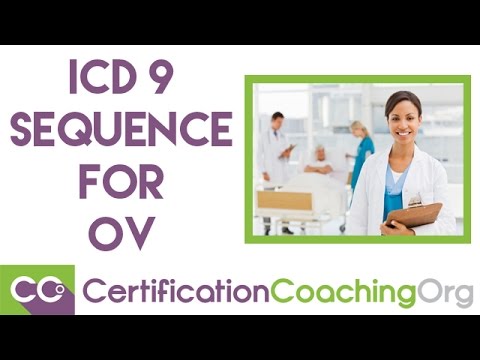 Let’s look at this, the other choices you have is to use a CPT code. 45378 is a colonoscopy, flexible; diagnostic, including collection of specimen(s) by brushing or washing, when performed (separate procedure). Now, keep in mind, don’t let this confuse you. This doesn’t mean that they have to take specimens, or take a polyp, or anything. This is just saying that if they do, this is your code for a general colonoscopy, this is where you start. If they take some of those specimens, that again you can use this one, but then they’ve got ones for removal and add-on codes for numbers of polyps and things.

Use the signs and symptoms though to explain the reason for the test. You use the V code if it is specifically the screening exam. So, in the situation that we were given up here with the limited amount of information, I would say this is a screening; if you’ve got signs and symptoms – that’s what the S/Sx stands for, is your abbreviation for “signs and symptoms” – then you don’t use this V code.

But to clarify: Does the physician feel these are S/Sx of what is going to be found with the colonoscopy? If yes, then don’t use the V code, and you may have to query to make sure. If the patient has a history of trouble related to this then DO use the V code. Let’s say he has a family history of colon cancer or he has a history of having polyps removed a long time ago.

Here are some examples and these examples were fantastic and came from the AHA:

A 55-year-old male underwent a screening (because he probably had something) colonoscopy and a large polyp was found. Due to its size, and the inability of the gastroenterologist to visualize the base of the polyp, it was only partially removed. The pathologist confirmed that this was atubulovillous adenoma and the provider recommended a follow-up colonoscopy in three months.

What they’re saying in layman’s terms, more or less, is that we did a screening. It doesn’t matter that they found anything. And they did, they found this benign neoplasm. That doesn’t change the fact that they came in for a screening. That’s why this is different than the encounter we were given.

Now, let’s look at the same guy a little later. If we say a patient status post removal of colon polyps five years ago presents to the GI lab for surveillance colonoscopy. The colonoscopy is completely normal and the provider recommends that he has another one in ten years.

What you do again is you assign your code, V76.51, this is a special screening. And then you code V12.72, personal history of certain diseases of the digestive system, he had colon polyp in the past and they did another one. That’s how this is different and how you would use a screening.

If you are able to get into Find-A-Code, that’s where I found these examples, they’re from the AHA. There were many more examples but hopefully that will help you understand the difference between when you have signs and symptoms versus when it’s an actual screening or a diagnostic exam.

That was a fun one to do.