Q: ICD 10 training – If a patient had an injury and went to the ER for initial treatment and sutures were placed. When they came to our office for suture removal, would that be an initial encounter as it is the first time at our office with this diagnosis? Or would it be subsequent?

A: I kind of went out on steroids and gave you a lot of additional information on this, because the answer is actually simple, so I added some extra stuff on there.

Laureen: Oh! It looks like one of your lovely graphic ones.

Alicia: It is and it’s got a lot of information on it, so I’m sorry.

Alicia: That means Laureen has to slide down as I’m talking. 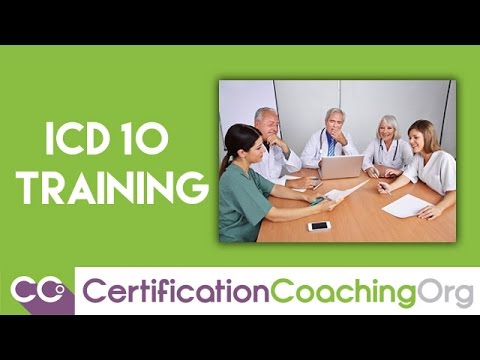 So, of course I had to give you a picture of some sutures and I was very nice and only did a simple one. The answer to the question is for ICD-10, and I just picked a particular laceration was S51.811D – laceration without foreign body of right forearm, subsequent encounter. The reason this is classified as a subsequent encounter when you go from having something done in an ER and then they come to you, it’s because initial and subsequent doesn’t follow, like CPT it follows the procedure itself, the actual injury. So, the first time it was treated is always the initial encounter and then after that it’s always the subsequent encounter until it moves on to something else, like, a sequela. So, it’s not how many times the patient is necessarily seen, it’s how many times this particular diagnosis is used; so think of it that way.

Now, in addition, the CPT gets a little confusing with this as well, so I wanted to explain some information that I found on that. A new patient range is going to be 99201 – 99203 and an established patient range is going to be 99211 – 99215. All of that is determined on the documentation. So, let’s look at some information that you need to be aware of when you’re looking at the documentation, some of the stuff that you’re going to want to abstract.

For diagnosis, there is a code – and I gave you the ICD-10 and the ICD-9 Encounter for removal of sutures (not a code that can be used as first listed diagnosis). So, that ‘S’ code that we used earlier would be your first diagnosis, subsequent encounter and then you would use this ‘Z’ code for the reason they’re there, to have the sutures removed.

In addition, I was told that in some cases that Z09 – Encounter for follow-up examination after completed treatment for conditions other than malignant neoplasm. This does not translate or convert from 9 to 10 as well because in ICD-9, it’s V67.09, that a lot of people will use and it’s a follow-up examination following other surgery; whereas, Z09 is much more specific. But remember that this is healed without more treatment; so that “/s” that’s the medical abbreviation for “without.” Again, this code would be there’s no more treatment.

Then, you want to know – did the provider evaluate for infection, healing, erythema or edema?

This is something that is probably going to be done when they come in to have their sutures removed just to make sure that the wound is looking OK, not just having those stitches pulled out. They’re doing an assessment while they do that as well.

As we scroll down we’re going to see some more things that you want to keep in mind. Wound care instructions given and noted in chart by provider? That’s classified as part of that E/M as well. Were diagnosis, prognosis or risk discussed? Again, did the patient ask: Is this going to scar? Am I going to have problems with scarring? Maybe if the laceration is maybe in the fingers or something – is this going to make it to where I have difficultly moving my fingers or it’s still real tender? How long before I’ll be able to type again? Things like that. Or, that’s all healed but it’s still pinky in there. Could I get an infection still? Those are things that if they’re addressed, that’s part of the E/M.

Keep in mind though that no modifier is going to be used like a -54 or a -55, those are not used in this situation. Modifier-54, surgical care only; -55 postoperative management only; so don’t get confused. Sometimes in testing they’ll throw those in there, they don’t apply.

code that Medicare or commercial insurance will pay; and so, a lot of times they will use this in-

house as a code to just keep track of the suture removals or things that’s not getting paid out for.

Overall, if you look at all of this, this is probably what you can expect to see in a scenario where a patient came in to have sutures removed after an ER visit, and that would be a 99212 for your