Q: [Back to Basics – Medical Coding Basics] I saw a YouTube clip of you explaining the administration of contrast and made it look much easier with the chart. I’m unable to locate it at the web address on the slide. Is this chart still available? I’m studying for my CPC and I’m finding the YouTube clips very helpful. I’m a verbal learner and appreciate this resource.

Now, when I worked for CodeRyte, it was very heavy into radiology stuff. They said the old way of saying it, that the radiologist would say it is “without” was considered a “dry” study and a “with” was considered a “wet” and this third one, they call the “wet dry.” It was for comparison purposes. As coders, we need to know when we are allowed to code the indented codes, the “with contrast” codes. This two we consider “with contrast.” And there are very specific guidelines on when we can do that and how to code it. 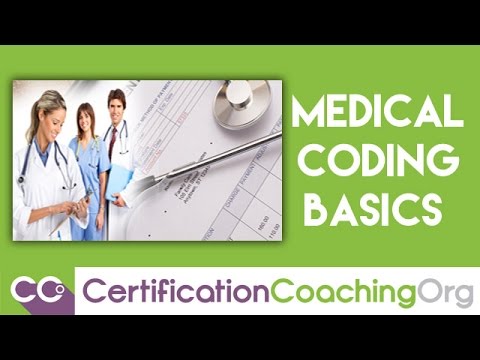 The main thing that you have to remember for contrast is oral contrast and rectal contrast for coding purposes does not count. I’ll say that again: oral and rectal do not count. It’s just something that you have to get into your brain. There’s no one place to write it, which 90% of the tips I give for CPT, you can find a spot in the CPT book to write that cue, but in this case it’ssomething you just need to commit to memory. Oral and rectal contrast does not count. You will always code the top code, the one that says “without.”   It doesn’t feel right because I’m reading in the note, it says contrast. But oral and rectal are coded as “without contrast.”

Just think of the work involved. Really, for oral, the patient is drinking it themselves, and giving an enema doesn’t require that much skill, but when you start dealing with needles and giving injections of contrast and dye in, you’re dealing with some higher risk and therefore more money is deserved. So, keep this pattern in mind, and this is a CT of the abdomen.

Here’s the page from my CPT manual with all my notes on contrast. Here’s where the guidelines start, left hand corner, this is page 407 for the 2015 version: Administration of Contrast Materials. Now, if you’ve been on a lot of these webinars, you’ve heard me say, “I’m a very visual learner.” I see paragraphs of stuff like this, it’s just like wah-wah-wah, it doesn’t make sense to me. I have to break it down into a visual, and this is an example of me doing it.

I’m going to show you the written way. And if you did what I did when I first read this, the first 100 times, I was like, “What are they saying?” It says: “The phrase ‘with contrast’ used in the codes for procedures performed using contrast for imaging enhancement represents contrast material administered” – these are the only ways – “intravascularly,” going into a vessel, “intra-articularly” going into a joint, “or intrathecally (within the spinal canal).” These are what I affectionately call “needle work.”

This next paragraph it says: “For intra-articular injection in the joint, use the appropriate joint injection code.” This is letting you code something in addition to the radiology codes that we just

looked at; it’s a permission statement in the guidelines.

“If radiographic arthrography is performed, also use the arthrography supervision and interpretation code,” for the appropriate joint, which includes fluoroscopy…

“…use the appropriate joint injection code, the appropriate CT or MR code…” This is the permission statement: You can use the indented “with contrast” or “without” followed by “with.”

“… and the appropriate imaging guidance code for needle placement.” So now we get to code a code for the needle work.

To finish it off, the next paragraph: “For spine examination using CT, MRA with contrast includes intrathecal or intravascular injection. For intrathecal injection…” so this is the spine again “…use also

these two codes.” This is a permission statement for additional codes that we can use and get additional reimbursement for the physician.

The next paragraph says: “Injection of intravascular contrast…” vein or artery “… is part of the ‘with contrast.’” They’re not going to give you any extra codes, they’re going to let you use the “with” indented codes, which has a higher RVU, more pay.

The last paragraph: “Oral and/or rectal contrast administration alone does not qualify as a study ‘with contrast’” for coding purposes.

This is the chart and I’m going to scroll down and show you one that I printed out. You can get this link and we’ll have it in the slides at the end, but if someone wants to paste that into the chat, it’s www.cco.us/administration-of-contrast. I took all that wah-wah-wah paragraphs and I just did it this way.

Intra-articularly – where they do an x-ray of the joint to get that needle in just right, you get to code a “with contrast” code, one of the indented ones, and you get to code a joint injection code, but the fluoroscopy is included. You can’t bill that separate.

If you do intra-articularly of the joint using CT/MR, not x-ray, you code the contrast (indented contrast codes), you get to code a joint injection code, but this time, you get to code fluoroscopy separately. It’s not bundled in.

Finally, intrathecally for the spine, with contrast. You can use one of these two codes, 61055 or 62284 to get credit for that needle work and you’re also allowed to code the fluoroscopy separately.

I love this chart and what I have my students do is handwrite it into that page of the guidelines so it looks like mine and then they can just use this when they’re taking the exam, or for real-world coding. So, hopefully that helps.