Q:  This person, Teresa had asked: “I am wondering when medical coders are being replaced by computers? My doctor told me this just last week, so I am wondering how soon this will happen. I planned to pursue a coding career but I am wondering if it will be doable now. – Teresa” 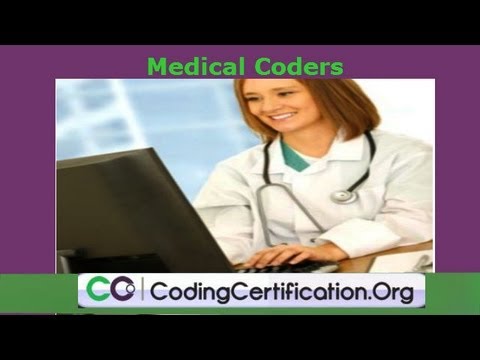 A:  Well, Teresa, don’t worry; it’s going to be fine. There’re a lot of discussions out there about the coders being replaced, but it’s not going to happen. There’re two main reasons, this is my personal opinion why coders aren’t going to be replaced by computers. The first one: 1) A computer is only as smart as the person inputting the data. Right there, you’re going to have coders who put the information into the computer. 2) A computer has no objectivity. So, it cannot distinguish or understand exactly what the doctor is wanting to say if he’s not using key words, as well as, he can’t query the physician like you can.

Now, computer assisted coding (CAC) is something that you will start seeing more and more though in the future. It is very helpful to coders. It allows them to scan the documents, you can highlight the relevant information to pick the codes, but it will never replace the coder as the decision maker and the code approver. A CAC system will increase coder productivity which will benefit both the patient and the facility.

So, the role of the coder is not going to go away. It’s going to change, and of course we’re going to adapt. We’re going to have increased auditing skills; and with the time saving tools of having a CAC, the coder can increase their personal education. Another thing I was thinking of today, I think you’ll see more specialty coders as well. It takes less time to approve codes that the CAC assigns than it does to actually manually assign the codes. This is going to allow for more time to devote to quality assurance, physician education in documentation, as well as increasing your education.

Now, so what exactly does a CAC do? It improves accuracy – is one of the points. There is a significant improvement in accuracy that can be seen through a rate of denial decreases, reduction in auditing discrepancies and a reduction in finding lost charges. Increasing the rate of accuracy helps the organization capture charges that would otherwise be lost. So, what it is, it’s going to be actually doing basic coding for you and repetitious coding that just takes up your time, and it’s going to give a red flag when one needs to be done. It’s going to improve compliance. What the CAC strives to get it right the first time and it also increases the productivity, like we mentioned before … comes to compliance as well.  Since coding is accurate and consistent, work time and rebilling is reduced as a result, and your compliance is constant.

If you’ve ever worked in compliance or you’ve ever worked with rejections and stuff, I think this is going to be beneficial. Think of how much time is wasted when… that this CAC is going to be able to improve. Improved consistency – is it’s just a must in coding. I know that if you’re a remote coder, they want quality and they want quantity, but you consistently have to have high quality. Some will even require you to have a 98% not a pass… a term I’m trying to think of, your quality has to be at 98%, so no rejections, no mistakes. Without consistency that ensures guidelines are met, problems arise. You’re fully aware of that if you’re already working. Consistency instills confidence in the coding process and provides more accurate result for both the clinical and the financial analysis. And sometimes we forget, we know that the coding is for documentation and statistics, but the reason we actually use it more often or what most coders do, it’s for reimbursement. so the financial aspect weighs heavy on a facility and a coder.

Let’s go to Improved Productivity. As productivity and timing increases, the time required for coding also increases; so there’s no lag time for coding process. And thanks to the CAC productivity can be improved significantly, manual tasks can be eliminated or sped up due to the implementation of a computer. So, what it’s going to actually do is pick up all that menial stuff that kind of drags on for coder, that repetitious coding, and it’s going to allow you to really devote on analyzing and making sure that you’re coding to the highest specificity and helping your doctor with documentation.

Improved Traceability – Now, if any of you guys are in management or administration or the financial aspect for your doctor or facility that you’re working with, this is incredibly important because as you know you’re constantly having to [indiscernible 1:05:19] and project what you’re going to do for the next month, the next six months and the next year. So, it’s going to be a little more manageable when you go into that computer and you can pull out statistics with the click of a key. That’s going to allow you instead of having to compile that information to be able to work on that information from a different aspect, analyzing it after you get it versus trying to capture all of that.

So, computers are not going to take over. They’re only going to enhance what the coder will be able to do, and I think that in the long run, yes you will transition and your skills would change a little bit but it’s already with the encoders that will use. Fifteen years ago, everybody opened their manuals and did everything by hand. And now, people use encoders and now it’s the next transition, you got these CACs and they’re going to just make you a better coder. So, don’t be worried, just ride the wave and be ready for the next exciting step in coding.

Laureen: Weee! Ride the wave. I think it’s interesting that Alicia chose this question to answer because I came from the computer assisted coding world. My previous job was working for CodeRyte who was acquired by 3M. And this was what I did, I help the computer get smarter and smarter at reading documentation and suggesting codes, and that’s the key the [indiscernible 1:07:01] suggested to the coder. They weren’t necessarily coded completely for them. And it’s just like when we got electronic encoders. It made it faster, but we still needed coders and we still do, it’s just elevating us. It will change our jobs, and yes, maybe some fulltime equivalencies might be reduced in larger organizations; but overall, it’s a change not a replacement.

Alicia: I think, so the other things that I read too, that it will take out some of those coding positions possibly that are very repetitious like radiology and some of those, and some people just don’t like it because its futile, but it will be able to take out some of like in that repetitious stuff and allow you to devote just stuff that takes a little more brain power. So, it’s a good thing.

Laureen: And there’s a related question in the chat: Do you think the use of code books will ever become obsolete as more texts becomes available? It’s from Pam.

Alicia: I don’t think so.

Laureen: I don’t think so, because sometimes you really, like for myself because I teach so much from the manual, you can’t put things in context with the guidelines unless you’re actually looking at it on the page. Looking up a code, just like with an encoder and finding something you already know is there that’s different, but you kind of has to have a good visual, a good lay of the land, with the paper manual and be able to go right to where the guidelines are. Now, there’re some products out there like Find-A-Code and SuperCoder that do make it very similar to actually being in paper manual. You know, they’ll show you the guidelines right, in the same order that they appear in the physical manual; but I don’t think it’ll ever be like we’ll never see manuals again. I think, they’ll always, the paper manuals will always exist, but that’s just one woman’s opinion.

Alicia: I agree with you. So, that’s two woman’s opinion.

Medical Coding Help
AAPC – A Work of a Coder 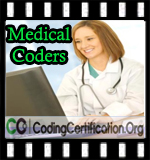 2 thoughts on “Medical Coders Being Replaced By Computers – Video”