Alicia: We’re going to go ahead and start on our slides, getting to the meaty stuff. This is what you’re waiting for I know. Now that we’ve gotten to know you a little bit, I get the first slide, and these come from questions primarily that come to our forum. Sylvia takes care of that, she goes through those and puts this up.

Here’s one that came through recently. The question came in:

Q: A patient with upper respiratory infection is prescribed penicillin. She returns 5 days later with pruritus of scalp following ingestion of penicillin prescribed and taken correctly. Please explain whether to choose A or S for 7th character on the adverse effect code? Would it always be an S for any code in the Adverse Effect column? 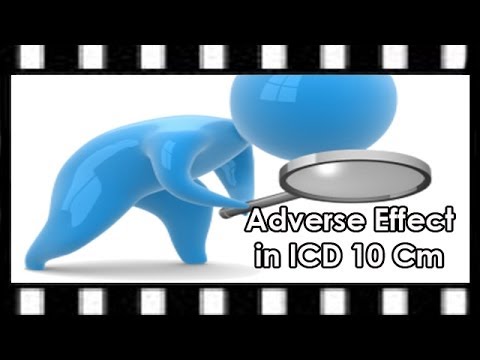 A: Let’s look at the answer here, let me change screens. Repeating the question, she wants to know if we’re going to choose an A or an S, but actually it’s not going to be either one. Let’s look at this as a test question format. We know that the patient is here for a subsequent visit for the adverse effect of the scalp. The prescription was given correctly, and it just so happens that now they’re going to be allergic to penicillin.

Now, what we’ve got here is: Look at the ICD-10-CM Table of Drugs and Chemicals/ Penicillin/ Adverse Effect which is T36.0X5 (the X is your placement), with the 7th digit being D, for a subsequent encounter for the problem of the pruritus.

And then S (sequela); this isn’t a sequela, it’s not really a late effect. What we’re having here is a subsequent encounter for the pruritus. Why did they have the pruritus? They have the pruritus because of the reaction to the penicillin. So “D” is the correct [Ed. Note: seventh character}. And just like we have in the test question, the answer would be “B” the first listed is why they’re being seen, the pruritus, and then your T36 tells us this is a reaction to the penicillin and a 5 with D being the last character for this code.

Very good, OK! Now going on to our next slide… 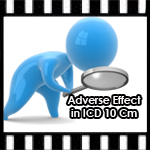