Medical Coding Books for 2014 – This is also a really prevalent question right now because again with the changes that are happening, these manuals aren’t cheap, and so you are making an investment in your education and your future. So, if you think it’s really dicey and confusing about when to buy medical coding books, when you’re going to test, and so and so forth. This person had asked – and this is a very common question and gets very confusing. 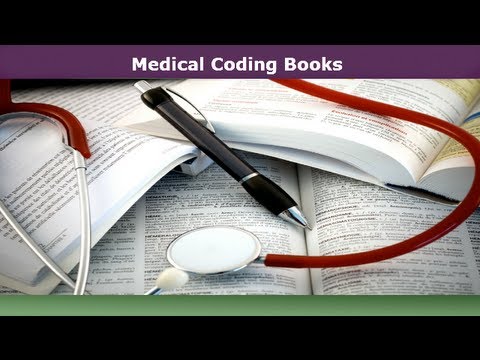 Q: I went to the AAPC website to see what books they were offering for 2014 and it just left me with more questions! – This is very common – I see that AAPC has special reduced prices until June 30th but what books should I be ordering? It would be great if Laureen covered this in the webinar so that we could make an informed decision by June 30th.

a) Last year there was a freeze on ICD-9 code changes and really there was no great reason to buy the ICD-9-CM book for 2013. Maybe, they had some typos corrected, but the codes did not change. (Of course, I did not figure this out until I had the 2013 book). Is the freeze still on? Should I just keep the 2013 ICD-9-CM book to use for the first part of 2014? b) Should I purchase the ICD-10-CM Draft book? Or wait for the ICD-10-CM “Real” version comes out? c) When will the ICD-10-CM “Real” manual be available?

I guess these questions may have different answers for those people taking the CPC exam in 2014, before and after October 2014, and those who are already certified and have access to an encoder, such as Supercoder.

A: Well, it’s fine if you have access to Supercoder or Encoder, something like that. But, needless to say, anybody will tell you if they’re coding for awhile they still revert to their manuals. I have my manuals under my desk and I’m often opening them up and verifying – either that because I have written notes in there or I just have to see it because you learn from the manuals. And so, even people who use programs to do their coding will… It’s just something about your book, your manuals, you keep them close to you.

How the Dates work for Testing – This is what we’ve always said with CCO; this is what I’ve always told my students before: The default question for what manual to order is always the same. You use the year of manuals that you are testing in. Thus, if you are testing in 2013 that is the manuals you should use.

It used to be that you could not change, if you were testing in 2008, you couldn’t use 2007 manuals. You had to use the year that you were in. Now, they let you go back a year. They can say, “Well, if you’re testing in 2013, you could use 2012 manuals if you want to.” They don’t advice it. The reason is because codes do change. But you’re being tested on the guidelines, so definitely it’s best; it’s too much money to be invested not to have the correct year manuals.

With the change into ICD-10 October 1, 2014 everyone gets a little confused – which is going to be confusing for everybody. But the default answer is still actually the same. If you are testing for the CPC exam in 2014 you want to use the 2014 manuals for ICD-9. The CPC exam in 2014 is all based in ICD-9.

What does that mean? Because you’re changing, right? October 1, 2014 you’re changing to ICD-10, but the test is going to be the CPC exam will be in ICD-9. So, what about October 1st, the ICD-10 exam is offered only after October 1, 2014. This is an additional exam above and beyond the CPC exam and you must already be certified to take it. So, you’re going to need 2014 ICD-9. If you want to hurry up and take the ICD-10 – but you got two years – but if you want to hurry up and take, then you’re going to need an ICD-10 manual and that manual is available in its full version, I don’t know the exact date when it comes out. You can probably call the AAPC and ask them, I didn’t get that done; but it will be available at least by October 1, 2014 but I’m sure it will be before that.

When will the CPC exam use ICD-10? When you go in to sit down for the CPC exam, when will the ICD-9 be 10 and no longer 9? The answer is January 1, 2015. Starting 2015, you no longer have a reason to use ICD-9, because the official code set will be ICD-10 and the exam for CPC will be in ICD-10. I hope that make sense everybody. But I did call the AAPC yesterday and I walked them through what I was going to tell you and they said “Yes, that’s exactly the way it’s going to be.” 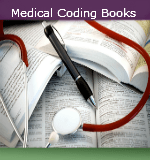