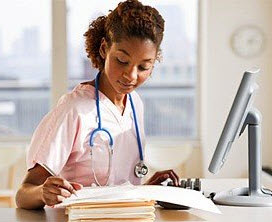 It is often thought that a coder who has succeeded in getting the medical coding certification has cleared all hurdles between him and success, and that he is bound to get a great salary for the rest of his life. However, in reality this is not the case. There are several reasons for this occurrence which are given below:

1: The certification is based more on theory than on practice
The medical coding certification requires you to complete a specified period of professional practice along with a written examination. The problem lies in the fact that the candidate’s performance during the practical work is not exactly important as compared to the theory exam. Thus a person who is very good in theoretical application of knowledge may ace the test easily but at the same time be quite lackluster in practical performance. Such a person would easily get the medical coding certification after he completes his requirement of the duration of medical coding practice, no matter how he performance during the tenure. Thus even if the person does get a high paying job after impressing the employer with his certification and work experience, he may not be able to retain his job in the long run if the employer is not satisfied with his performance.

2: Getting a better job usually brings bigger responsibilities
When a coder receives his or her medical coding certification, he or she may usually get a better job with additional benefits. However, these jobs would require the coder to take care of much more complex and important tasks which have no room for the person to become relaxed as it could result in all sorts of problems for the company. An uncertified coder often has to take care of the basic work and thus moving to a higher post after attaining the certification may be more demanding and the person would need to put in more effort than he did previously, although it may seem that the certified coder should have a more relaxed lifestyle.

3: Newer coding methods
Medical coding is not a field that is stuck with one typical method of coding which does not change dramatically over the years. In reality, several changes are made to the existing coding techniques and systems during small intervals of time which means that a coder, whether or not he has a medical coding certification, has to adapt himself continuously. A person who has acquired the certification and makes no effort to find out about the newer coding techniques will very soon come to a point where everyone else will be a better worker than him or her. Thus getting the medical coding certification should mean that the person should put more effort in his work than he did previously.