Alicia: Q: Valerie asked, “What do RBRVS and GPCI stand for? I keep seeing this and have not found an easy answer and that’s because it’s really detailed and drawn out.

But the basics about these two abbreviations are: the first one is the resource-based relative value scale (RBRVS) and the other is the geographic What you’re going to see when you look for this is, this little somewhat of a definition: The enabling legislation and regulations, as well as Medicare carrier correspondence and forms, refer to the Medicare physician payment schedule as a “fee schedule” – you’re going to be hearing that a lot.

From the AMA’s perspective, the distinction between a payment schedule and a fee schedule is extremely important: a fee is what physicians establish as the fair price for the services they provide – for example, he is going to come in and do a diabetic foot exam, it’s going to be x amount, and he says that’s the fair price – a payment is what Medicare approves as the reimbursement level for the service. All references to the “full Medicare payment schedule” include the 80 percent that Medicare pays and the 20 percent patient coinsurance.

Likewise, transition “approved amounts” also includes the patient coninsurance – so, if the doctor says I think my foot exam for a diabetic patient is worth $100 and Medicare says we think it’s worth $75, and then the patient has 20 percent copayment, and then that makes up the full amount. 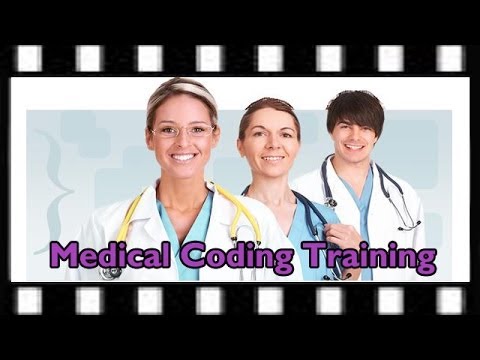 Medicare RBRVS: The Physicians’ Guide 2013, is a comprehensive reference manual for professional coders, physicians, and office staff to use in answering particular questions about the RBRVS system. In addition to providing detailed background information and explaining all the features of the physician payment system, The Physicians’ Guide, provides quick access to relative values by CPT code, geographic practice cost indices, explanation of payment rules for surgical packages, and a summary and history of payment reform.

So, there’s an example of this. If we go to that link, see the box that says Medicare Fee Schedule Payment Calculation Examples. Now, this was back in 2009. But for example when we look at this CPT code 27603 without a modifier, and it doesn’t tell you where it’s going to be at, but the provider is a physician. And there are all kinds of providers, there might be a nurse practitioner, so on and so forth. It was done in the office. The work relative unit value is 5.120 and then it doesn’t have a geographic value. The practice, they’re saying is 7.130 and then it doesn’t have the geographic again. See, you just keep looking at all these totals, ultimately what that says is the fee is $468.51. That’s what the doctor is going to get paid. So, we need to buy this up, this change is every year and this is actually in a booklet. It doesn’t have to be all of this information at once.

Medicare Fees for a Chest X-Ray, 2009 – so that 71010 with the modifier-26, which I think they’re two views x-ray of the chest, they’re going to make $9.02. Of course, the modifier-26 makes it decrease in value. Anyway, this can be purchased and your office probably would have one and then you can work up the CPC code and kind of project your reimbursement and stuff. There’s another slide that we’re going to do later that has another link that really goes into what’s best about this if you’re curious, so you’ll be able to save that link. But, it’s really confusing but ultimately what it is, is how much is the physician going to get paid, what Medicare says: this is how much that we will pay you plus the 20 percent that the patient is going to pay.

Laureen: And most software will build this in that you’re dealing with.

Alicia: That’s right. You don’t have to do this, this is already done. The computer does it for you.

Alicia: If you think about that, it does make a difference. They do include geographic. So, a doctor in Boston is going to get paid more than a doctor in Phoenix, Arizona or…

Alicia: Exactly. Geographic make a big difference. What’s included in that is the doctor’s expenses. In other words, it cost more for a doctor to run his office in Boston than it does in a rural in Miller, Missouri.

Laureen: Yup! I know Find-a-Code, SuperCoder, all of these has in the fee schedules built into it. And they’re just taken from the tables out there, so it is kind of cool to see how things work together. When you’re trying to do a comparison and show physician in doing physician education, why it’s more feasible to code one procedure over another because RVU is higher and you can explain that and that normally helps. When you convert things to money people understands.

Alicia:  You’re right. And documentation is really the key for them. You just have to educate them in the documentation