A code for twins – This question came in, and you know what, this one I really struggled with and I actually had to talk to one of our other instructors, JoAnne [Sheehan], and get her opinion on this because I wasn’t sure I was reading in to the question correctly. And I’ve done that before where I have read the question, done a slide, done all this research, and when you put it up and maybe somebody else sees or Laureen sees it and say, “I don’t think that’s exactly what they were asking.” I was off here on the tangent.

Q: Anyway, we have a situation with twins: A premature twin was transferred to the nursery after delivery. Her mate was stillborn. Eight weeks after delivery, the baby was discharged from the hospital with a weight of 5 pounds. The principal diagnosis code is _____? 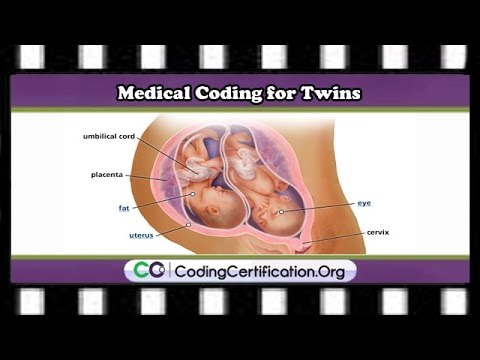 A: This would be the discharge code is what we determined, so that’s what we went with, the principal diagnosis code at discharge.

A premature twin, like I said, is born – so how are we going to code that? Several things to think about when you’re doing this type of coding for babies is, one, don’t get the baby’s chart mixed up with the mama’s chart. Once the baby is delivered, it has its own chart. OK?

This was actually a question I think that our person found some place because she had choices. Usually we don’t like to go in and answer questions without knowing where they come from because we don’t want to do one that is maybe a test question that somebody had, but this one I suspected maybe they got out of a book or something. I don’t know.

A.765.0 – Extreme immaturity (needs a 5th digit) – So, if I were to look this up, I would throw it out automatically because it doesn’t have a 5th digit. Maybe whoever got this got it from an older text and the 5th digit wasn’t needed at the time, but needless to say this usually implies birth weight of less than 1,000 grams. And I’ll explain grams in a little bit. I can’t convert grams but you know what, the internet can for me; so I did do some little research and this is very small, extreme immaturity.

Now, I could have asked you guys, what do you think? But, actually, these were all quite a mess.

A. is out because again it does have the 5th digit and a thousand grams is less than 2.2. lbs., and we know that our baby, we didn’t have a size at birth, but we know the baby is 5 lbs. now – so that one is out the window.

B. is out because our baby does not have a respiratory syndrome at discharge – so that’s out.

C. is out because we do have a specified weight at discharge (5 lbs.) and this is unspecified code.

D. is out because this is a diagnosis at delivery for the baby, not a discharge

So, what do we do? See the little picture of the little ”preemie” [preterm infant]and have a little purple hat on, that’s why I picked that picture. Well, I decided with JoAnne’s help that the best answer was actually not one that was given but it was close. For a discharge, it would be V21.35 –low birth weight status which was 4.41 lbs. – 5.5 lbs. And in your manuals it does it in grams, so you have to actually convert it yourself. What you can do – which I was going to do with my manual, didn’t get a chance to do it yet – is actually take this code V21.35 and write the pounds off next to the grams so that I wouldn’t have to think about it. Actually, most hospitals work in grams now, they use the metric system instead of the system that we in America, the only ones in the world that I know of that don’t use the metric system. Even when they check your temperature they don’t do it Fahrenheit anymore, they write down the Celsius. Your documentation and most of the documentation I’ve ever seen when dealing with this, it’s done in grams, if you need it though.

And this is a great little website www.theunitconverter.com/unit-conversion-tables.html is where I was able to go in and convert, and it’s got all kinds of things – the whole metric system at every value and then you can convert it back and forth. So, I bookmarked that.