Tammy:  Q:  [NCCI Coding Edits] – I wanted to know if someone can clarify some confusion I have about when multiple surgeries are done on a patient but the codes the physician is using conflict with each other because of CCI Edits. How is the procedures billed if CCI Edits say the CPTs cannot be billed together?

A:  In answering this question, I just assumed that you already knew that we have two or three columns when you’re looking at the edits depending on what format you’re looking at the edits in so that you know where your comprehensive codes are and then the ones that are included and then we have a column in which we’re going to have some of the indicators on edit beside it.

The short answer to your question is you would be able to bill them with a modifier. That’s the short answer; it may not always be the right answer. The CCI will have either a 0, 1, or 9 beside the edit in that column; if it is a 1, then a modifier is allowed to override your edit and both procedures can be billed together or multiple procedures depending on. 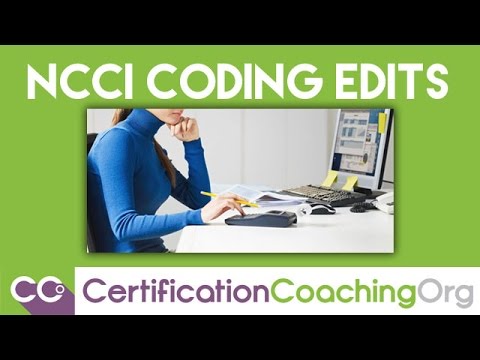 Now here’s the long answer; first we have to understand what the 0, 1, or 9 means in the edits. Zero means there’s no way any payer is ever going to pay for that combination or column of codes. Nothing you do or add is going to change that, flat out, never going to get paid; so you can’t bill it together. One means that you can add a modifier to your column 2 code if it meets that criterion for unbundling, (e.g. separate lesion, separate site, separate incision or separate session). Nine means that it’s mutually exclusive; that means those two codes would always be a part of the procedure, so it can’t billed. It just goes hand in hand. Once again, there’s nothing you can do about that, no modifier is going to help you out.

If the procedures your physicians are billing have an edit of 1 in the column, then review the documentation. A lot of times physicians just don’t know that codes will bundle together.  I put a little example in here, I had a surgeon one time that had a little “cheat sheet” that his staff had made. He was using it to submit charges to us on it.. He’d have 6 codes circled, and when we put them in, we get edits on four of them. Finally, I had to ask him about it because they all got an edit of 1, so I could have added a modifier to get them paid. When I questioned him about it, he said, “Oh, I was just circling it so you’d know how to bill it.” He had no clue what those codes meant because nobody gave him the full description of those codes.

Tammy: What’s so bad is he did this for three years.

Alicia: He’s not the only one.

Boyd:  Men never ask for directions, you should know that.

Tammy:  I know, he thought he was helping us out. He said he circled everything he did because all he got was one-word descriptions on there; he didn’t realize it was all one code. Anyway, when you are reviewing your documentation or when I review documentation, look at the CPT’s description of separate procedures that’s found in the Surgery guidelines, you want to know what that separate procedure is going to be. It’s going to be a different session, it’s going to be a different procedure or surgery, or a different site or organ system, separate incision/excision, separate lesion or separate injury.

You also have to know your carrier’s guidelines on some of these. Billing rotator cuffs for Medicare; Medicare thinks that a shoulder joint is all one joint and they don’t pay for the separate compartments that you may be doing something in; whereas, another insurance carrier even though those codes would edit out, you could put that modifier on there and get both paid, so you want to make sure your you know your carriers very well, too.

Quick examples: Removal of a 1 cm benign skin lesion on the right arm and a skin biopsy on the left arm. Code 11100 is a column two code paired with 11401, but it has an edit of (1). Because the biopsy was on a different site we could bill with a modifier; so it would 11401 and then 11100-XS is what I would use. Some people use XU, some of you may still be using (-59). I don’t know how that’s working for you, but it still exists. We’re not allowed to use them anymore.

Documentation is the key to this. It isn’t just enough to say they did it, but you need to know why they did it. A lot of physicians will say, “Yeah, I did it! Just stick a -59 on there and get it paid.” That’s a no-no, very big no-no. It has to be done for a distinct reason on there; so just review their documentation and depending on which edit you can do, then sure you can get them paid.

Alicia:  Fantastic! Again, not only knowing the coding, but it’s very important to know that billing aspect as well. That definitely shows how important it is. 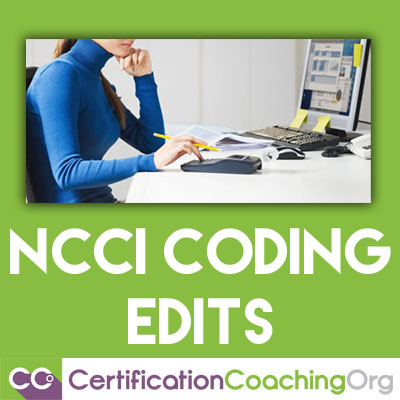