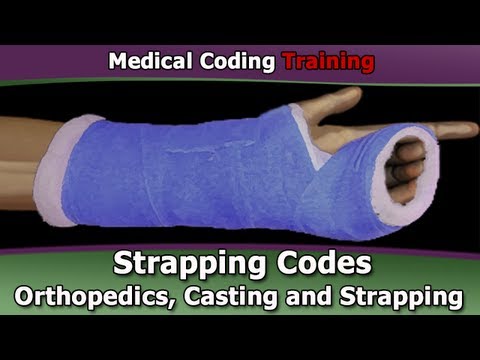 Laureen: Okay so I took this right from the guidelines. That’s how I like to teach versus you know, I view textbooks and exercises as important. But I like to teach from the manuals because that’s what you’re taking into the board exam. So I could have made a slide and paraphrased this and you know, done that. But I’d like to bring you right to the book because this is where you should be making your notes to jog your memory of you know, certain key principles.

So this in the musculoskeletal system, toward the end of the chapter. It’s just before all of the scopes. Now, part of surgery is that all surgery codes are subject to the global package. And for me, when I was a new coder, it really… that was a hard concept for me to get because you know, I’m thinking fracture care where they did not cut you open or do anything like that was still subject to a global period of 90 days usually. So you know, we’ve talked about in previous webinars you know, the global package and if that’s something you guys want me to review again. Certainly put your question in on the forum and you know, we can go ahead and go into more detail.

But sufficely to say for fracture care, if you’re doing the one that has a 90 day global period, part of that is often times going to be initial casting and strapping. That’s bundled in. So the global package includes that pre-op thing. In the case of fracture care, that doesn’tr eally apply. The service itself or the surgery itself and then the follow up period which is for major surgeries, is about 90 days. Some are 0 days, some are 10 days and some of your private pairs have even longer than 90 days. But your average is 90 days.

So picture the patient coming in and the doctor doing something to manipulate the fracture, put it back in place or you know, do some tration or whatever. He or she is going to code that CPT code that includes the initical casting and strapping. Where we go wrong as coders is we feel that every subsequent cast because as you know, people normally need at least one cast change especially if it’s for a kid before they’re outside of that global period or before the cast comes off for good. Because that is not predictable you know, if AMA can package it, they will. But because they cannot predict how many times someone’s going to need a cast change, that is allowed to be billed separately.

And that’s what this paragraph is saying. The listed procedures for the cast and strapping apply when the cast application or strapping is a replacement procedure, not initial. Used during or after the period of follow up care or when the cast application or strapping is an initial service performed without restorative treatement. So that second part means there is no doctor that’s billing the global code, the code that has a global period. All they’re doing is applying a cast or strapping. That is the treatment, that’s it. The end. Then they’re allowed to obviously code that on its own. Okay so the mistake that a lot of new coders make is maybe they’re coming in a month later, 6 weeks later and having their cast changed. And they feel that that’s bundled into the global period and they can’t bill for it. According to these guidelines, that’s not true. You can go ahead and bill for that.

Now another question that comes up is sometimes… and if you think of an ER where typically that’s where the person is probably going to be seen initially. They do an xray, yeah it’s fractured. Rather than them do the restorative treatment because that’s not their specialty, they will temporarily cast it or strap it and say, “You need to go see an orthopedic doctor and they’ll do it and follow you for the follow up visits.” So they’ll do an initial cast and strap. But if they don’t assume the subsequent care like the specialist would, it’s okay for them to go ahead and bill that. And it’s okay for the subsequent specialist to go ahead and you know, include the initial casting and strapping in their restorative treatment code. But the repeat ones or the change, the cast changes, they can bill for separaely.

Okay, another important thing to understand with casting and strapping codes in CPT, it’s not talking about the product. It’s not talking about the actual cast material or strapping material. You’re going to bill that with HCPCS codes or the you know, universal suply code in CPT, 90… what was that? It went out of my head. 99070. Probably HCPCS if your payor accepts it. So keep that in mind. This is for the service of applying the cast or strapping, not for the cast or strapping material itself. Okay so hopefully that overview will help you with that. 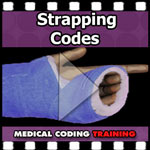