Jo-Anne:This one,this happens all the time and I’ve run into this so many times.

Q: I work for a busy 3-doctor orthopedic surgery practice. We have been experiencing serious revenue issues with increased denials and money take backs. I am not sure where to begin resolving the problems but the surgeons are getting very concerned. Do you have any recommendations?

A: This is very common. If we were talking about primary care, it’s mostly that the front desk didn’t get the right information and update the registration. The wrong insurance was billed, the money was taken back. But in this question, I focused on two things: one was that it’s an orthopedic surgery practice, and two, money take back. Orthopedic surgeons… [Ed. Note: audio malfunction– no sound available] diagnosis codes if they deal with a lot of the times begin with 8 and 9, an ICD-9, accidents and injuries which is a red flag to insurance companies that you have to give a lot of information to indicate if it’s a health problem or if it is a liability case. If a patient goes in and the diagnosis is broken finger, they may not pay that right away unless you have enough documentation in there to indicate that it was a workers’ comp, a motor vehicle, or if it happened at home.

With orthopedic or any specialties like that, you want to prime the patient when they make the first phone call. You want to be able to assess before the visit so that you know ahead of time what to tell them because I know so many doctor’s offices will bill the regular health insurance and then six months, two years later, all the paperwork catches up and they’ll take thousands of dollars back from a physician and say, “We weren’t supposed to pay for this. This person has motor vehicle coverage.” 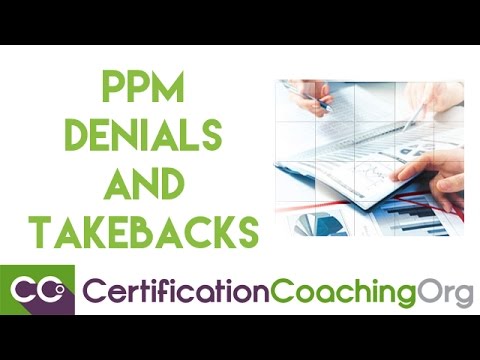 And so, you want to make sure you have that upfront because you want a clean claim, doing appeals is not fun. As far as losing revenues, that’s a whole other night, but there’re hundreds of reasons why your revenue could drop, but right now we’re focusing on the take backs.

The first thing would be: the front desk should know how to obtain information from the initial phone call and eliminate the wasted time. You want to establish the nature of the patient’s complaint and try to determine what type of problem it is. I know in primary care if it’s something very embarrassing or personal they may not tell the front desk until they see the doctor. But if you are talking about an orthopedic surgeon practice they’re not going to be worried about genital herpes, they’re talking about neck pain or sprain or back pain.

So, if the front desk can find out, “what’s the complaint?”, “how did it happen and where and when did it occur?”, right away they’re making the determination if in fact it is a workers’ comp claim or motor vehicle, or personal injury. If it is work related, you want to know has the injury been reported to the employer. If they said yes, you should try at the time of the phone call to get that information, the claim number, the accident date, claim rep state, name of the employer and the insurance carrier; but if not, make sure they bring it in when they come to the office for the visit. If they didn’t report it, they really have to.

When you schedule the appointment, the first thing that I always have manager’s do is if they have the information, call the insurance company and verify everything before you put that first claim out. If they don’t, call the employer to see if it was even reported and make sure the patient signed the lien that they’re responsible for payment if the workers’ comp doesn’t work out. But you really want to make sure that you’re billing the proper insurance company, because if you just billed BlueCross BlueShield, you can bet that money is going to be taken back because it all catches up somewhere down the road.

So, when the patient comes in, they should have the claim number and all the insurance information. Whatever the diagnosis code is reported to the workers’ comp carrier is usually the one that you would use first; it is the one you use first. If they have back pain from lifting something heavy and then it turns into neck pain because you’re like protecting your back, you can use that as the second diagnosis or whatever, but you want to correlate everything to what the workers’ comp has agreed to pay on.

Then, again, make sure the registration form is filled out correctly and complete, checking dates of birth, and know that the very first visit if everything is in order with the insurance company is that utilization review will allow you that one visit without precertification orauthorization so that you can see the doctor. But then you really have to talk to the workers’ comp people to get permission to the treatment plans and everything that’s involved with the workers’ comp case, and the guidelines are established by workers’ comp utilization review and you want to follow them in order to avoid claim denials and being reimbursed in a timely manner.

Just to throw in, with ICD-9 and ICD-10 is that workers’ compand motor vehicle do not fallunder HIPAA guidelines so be wary of that when you’re coding after October 1, 2015. It’s going to vary by state so we don’t know, so you may end up having an extra job to find out what’s going to be accepted, if you happen to work in a place like an orthopedic surgery because that’s a bulk of what you do.

Alicia:    You were going to say, you’re telling them they may still code an ICD-9, right?

Jo-Anne: Yeah. They don’t follow HIPAA guidelines. My guess is that they will crossover at some point, but you want to make sure…

Alicia: That’s a good way of telling, because we do get a lot of people that asked, don’t we Jo-Anne, that say, “Oh, well, if it’s switching, I just need to know ICD-10.” No. Depending on who you work for, you may need to know ICD-9 and 10.

Jo-Anne: Right. You know what, ICD-9, if you know that, the transition will be much easier with ICD-10 because all the rules and the way you maneuver the ICD-10 is similar. There’re a lot of different things you have to learn, but if you’re good with ICD-9, then I think you’ll transition to ICD-10 with a little training, easily.