Debridement and skin graft. What’s the correct skin graft CPT code ? The question is, “A patient had a debridement and a skin graft in an acute setting. Now the patient has had a LTAC so long term acute care hospital. I have 2 different thoughts concerning what to code. A. after care following surgery of skin is subcutaneous tissue and B. after care for organ transplant. Any thoughts on what to do?” 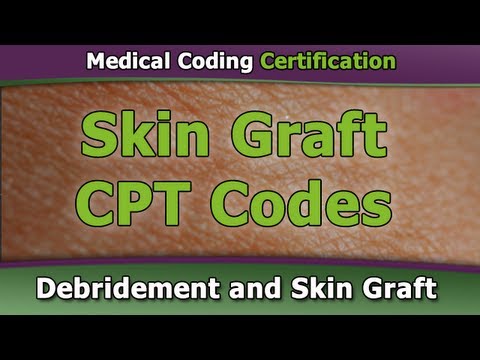 Okay so… let me pull up my little answer sheet here. And I looked up the V code or the after care code for the surgery of the skin. To me that’s what this is. It isn’t a prosthesis or anything like that. Let’s see, what did it say here? Organ transplant. Yes, it’s skin and you can view it as a transplant. But you know, because there is a code for skin and it came out and said debridement and skin graft, that’s the one I would go with. Let me get back to that. Hold on. Where did my skin go? Alright, there we go.

Okay so I looked this one up and this is V58.77 after care following surgery of the skin and subcutaneous tissue – not elsewhere classifiable. So to me, that would be your choice if you were going to code after care codes. But I wasn’t completely convinced that we’re ready to start using after care codes because when I started to read this in the guidelines, after care visit codes cover situations when the initial treatment of a disease or injury has been performed and the patient requires continued care during the healing or recovery phase. So I’d like to see the documentation to determine whether or not the documentation’s reading like they’re in the healing or recovery phase.

I suspect that they’re still probably in the acute phase. And then it says the after care V code should not be used if treatment is directed toward a current acute disease or injury. Then you use the diagnosis code to be used in these cases. And the diagnosis code would be you know, the condition’s class about viable to 680 to 709 so you’d look them up. How handy that that link worked. I did not do that on purpose. So it could be one of these infections of the skin, if that’s what it’s for. Maybe it was an inflammatory condition or whatever. You would code that you know, as acute. It’s not actually in the recovery phase yet. So based on the documentation, that’s how I’d figure it out.

It also goes on to say that after care codes are generally first listed. We were talking about that on the other slide to explain the specific reason for the encounter. An after care code may be used as an additional code when some type of after care is provided in addition to the reason for admission and no diagnosis code is applicable. So hopefully, that will help you with that scenario. But it did say they had a debridement and skin graft. They’re now in a long term acute care hospital so I kind of you know, didn’t get the sense that they were coming back in an outpatient basis for maybe you know, some after care for the fact that they had this graft. 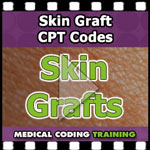