Q: Can you explain the difference between fraud and abuse and give some examples of each? Thanks!

Alicia: CPC Exam Prep: Fraud and Abuse. HIPAA defines fraud and abuse as: Fraud – an intentional deception or misrepresentation that someone makes, knowing it is false, that could result in an unauthorized payment. The attempt itself is considered fraud, regardless of whether it is successful – that’s something to be noted. If you attempted, you’re still liable for fraud.

Abuse however is a little bit different. It involves actions that are inconsistent with accepted, sound medical, business, or fiscal practices. Abuse directly or indirectly results in unnecessary costs to the program through improper payments.

What’s the difference between fraud and abuse? The two is the individual’s intent however the outcome is the same, you’re going to lose resources and you’re going to have to pay money back. So, with fraud it is that you are knowingly doing something false. With abuse, you’re not doing it on purpose, however, you were not being proactive to make sure that you were doing something incorrect or you are just inconsistent. 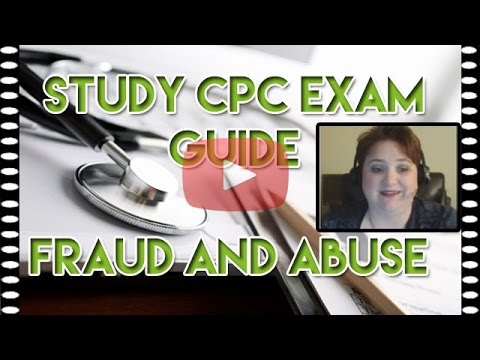 So, in other words, like Jo-Anne mentioned, when you get a doctor’s office that is just all over the place and you don’t have somebody in charge like a CPPM, then this is what you’re going to see a lot of abuse: inconsistency and mistakes being made that is a fiscal problem. Then, eventually, you could come up with fraud where you panicked and someone knowingly does incorrect up-coding or changing documentation that is a lot more serious than you messing up.

Jo-Anne:   Alicia, I have to add that I’ve had two practices that I’ve worked with where both practitioners went to prison. It is very serious and you are as much liable as billing person or coding person working with that physician. You are investigated just as fully and they have to prove that you’re not in cohorts with the doctor.

Jo-Anne:   And I’ve seen two doctors go to prison because of it, so it is very serious.

Alicia:     Another point to make too, Jo-Anne, that made me think of that is they don’t care if you’re a small practice or a big practice.

Alicia:     It’s fraud. It doesn’t matter the dollar amount, that doesn’t help you any. What does help you is you’re being proactive and knowing the difference.

Let’s give some Examples of Fraud and I’m sure that Jo-Anne would be able to mention more of this:

That’s an overview of the examples of fraud and abuse. The big thing that you need to remember when you’re trying to distinguish them is that fraud is intentional. You did it and you knew what you were doing is wrong but you’re going to see if you can get away with it. Abuse is that you didn’t realize you were doing is wrong, but if you are corrected on it and you continue to make that mistake, it goes from abuse to fraud. Being a CPPM or a compliance officer, that gives you the education to be proactive and make sure that your facility or physicians and employees are getting the training they need so that those types of things don’t happen.