What is HCC coding?

Okay, I think I said before that I’m doing the HCC coding now and I noticed that when we started the training, there was 15 people in there with the training at the same time that I was taking it. And several of them said that they had even Googled HCC coding and didn’t get a good answer as to what it was. So I thought I’d go in and do a little research so that if you guys are curious about it, you would know.

What is HCC coding — VIDEO? 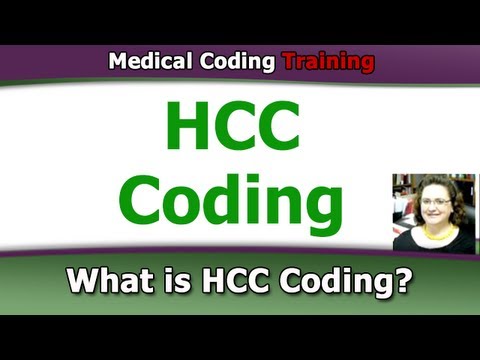 One of the advantages of being a coder is there’s so many aspects of coding that you can do and this is just one little finger of coding that’s a possibility for you guys in your future. The… it actually stands for Hierarchial Conditioned Category. The interesting point about this, it’s used by insurance companies to determine the patient’s future medical needs for the next year.

So say you have a person that is… just been diagnosed with diabetes. The money that they need to set aside for that patient for the next year because they’re diabetic, changes from the point before they were diabetic. So they’re kind of projecting by ICD 9 codes what the needs are for that patient for the new year. You code only life-altering conditions such as DM, COPD, PVD, you know, diabetes, COPD, GERD, and End-Stage Renal Disease. I didn’t thinka bout that but maybe some of you guys don’t know what that stand for.

And ICD 9 only codes. Now, I’m an ICD 9 junkie. I like ICD 9 a lot so this was right up my alley. There’s error in the mission codes or EO codes. They’re appended to the documentation as well because just because you can pull out like diabetes, you also kind of have to do a little bit of auditing and make sure that the documentation is proper documentation that they meet the CMS standards. You know, they have to have a good electronic signature. They have to have the name of the patient, the date and some other things. There’s actually 12 EO codes that used. These are universal codes that are appended on the documentation when you’re doing this.

Pre-requisites for getting employment during HCC coding, they like to see at least 5 years of medical coding experience. I’m sure that can depend on background. Some people that are nurses or something like that might not have to have the 5 years of the coding. You need to pass a pre-employment exam and I can tell you, my pre-employment exam was really easy. It was only ICD 9 coding and it was extremely basic so that wasn’t so scary.

The current coding certification, you have to be certified. They didn’t care if you were a CPC or a CCS. They wanted you to be one or the other. There is a high accuracy rating. They don’t care that you’re necessarily fast. They want you to be accurate. They want a 90, like 98% accuracy. Typically, it’s done remote. Everybody that I’m working with on the HCC is coding from home, including all the instructors and the auditors. They want you to be fluent or fluid in Microsoft applications. You’re going to be working with Excel, Outlook and all of those. And you have to have a little bit of auditing skills. So you had to be familiar with your charts and reports that come in because they have to be face to face visits.

But that’s just a little overview about HCC coding is. It’s kind of exciting. I’ve never done that before but I think I’m going to really enjoy it. And just so you can see that there’s… you don’t just have to work at the hospital or a doctor’s office. There’s a lot of great things that you can do as a coder. 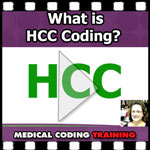 4 thoughts on “What is HCC coding? VIDEO”