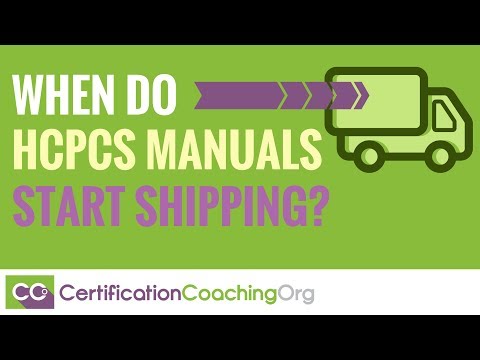 Did you want to talk about that a little bit, Chandra?

Chandra:  Sure! With the HCPCS manuals, typically we receive our HCPCS manuals right around Christmas time. The reason for that being most of the HCPCS code changes don’t come out until November. By the time they get them to a publisher and get everything where it needs to be, it’s usually the week of Christmas before they start shipping. 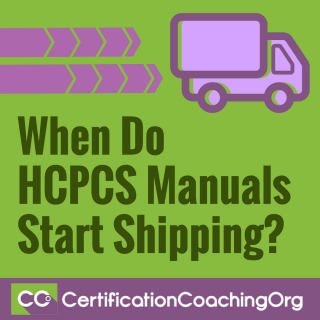 I know, I’m in a lot of the different Facebook groups out there, AAPC being one of them, and I know that’s where a lot of people order their books through, and one of the representatives from AAPC actually chimed in on one of the chat questions on their Facebook page where people were asking earlier this year, “Where’s my HCPCS book? It said it was going to ship in December 2016. Here we are in the last week of December and I still don’t have my book.” He pointed out a really great thing that, “Yes, typically we start them shipping the week of Christmas, but this year CMS was actually a little over a week late in releasing them; so it pushed the ship date back even farther.” So, they didn’t start shipping until right around the first of the year. And a lot of people have been saying that they just received theirs in the last day or two and many of the tracking numbers for people who haven’t gotten them yet are saying they’re going to be there sometime this week or the first part of the next week if they’ve already ordered.

That’s kind of where the HCPCS manuals are.

Laureen:  Yeah, that’s the last one to arrive. So, they’re coming; if you ordered it, chances are you’ll be getting it in the next few days.

This segment “When Do HCPCS Manuals Start Shipping?” originally aired on Live with Laureen #013 on January 5th, 2017.