Q: (2015 G-Codes) I was wondering if you are aware of Medicare not approving many of the new 2015 CPT codes? They will be continuing with the 2014 codes, but will need to assign G codes. I found the lab codes on the CMS website yesterday, but have not yet seen the G codes for GI and radiology oncology.

A: Well, I went and did some research and I found two fantastic websites. This first one is preliminary analysis of the key provisions for 2015 for Radiology and Oncology. Again, quite amazing, as Laureen is pulling that. So, what this is again, this was a preliminary bulletin. As you scroll down on this, let’s go down to where we’re seeing the codes.

Right here is some of the reimbursement codes, but as you go down farther we’re going to see those G codes. This is a group that specifically did a study for this. You’ll want some of this other information that’s on there.

If you guys are in a document where you want to look something up, Laureen just did this, just hit control-F and see how that does a universal look up and you can put that in. 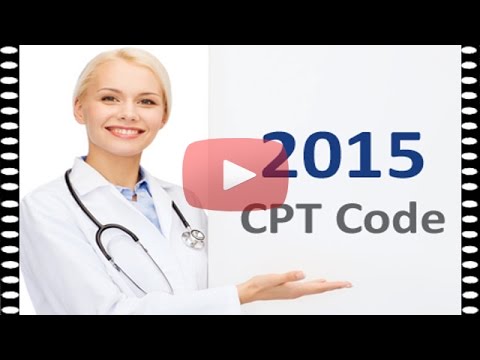 So, what the statement stated was: CMS moved forward with a proposed policy to eliminate some of the codes, and that was G0339 and G0340 in the Medicare Fee Schedule as they did the Hospital Outpatient setting last year. CMS is proposing that only… small based, the radiosurgery codes remain on the Medicare Physician Fee Schedule for 2015.

For 2014 those G codes are carrier priced in the freestanding setting, and, therefore, some regional Medicare Administrative, so MACs and stuff. This website though gave, as you read the whole document, the link is on there so you’ll be able to go back and reference it, but it is giving you a location. Codes Affected by Proposed Removal of Radiation treatment Vault – these are codes that you definitely need to be aware of, when I was going through the code list and the changes.

Next, 2015 Medicare Physician Fee Schedule Putting the Pieces Together for GI – this is actually a PowerPoint presentation. Amazing! And I want to add the whole PowerPoint presentation because it is that good. I even asked Laureen, I said, “Can we use this?” Because if you have the link… Stop right there, I like that, how they said: “The voice of the GI was heard.” This is directly from a GI organization. They said they heard us and “the revaluation of the colonoscopy code family was DELAYED… not STOPPED,” which is a huge deal for these GI guys if you can imagine. So there are new things happening in CMS for them.

Let’s go to the next slide, we won’t go through all of those because there are several, but again, as you’re researching they’re going on to even tell you about 2016. Excellent! I mean, I was just eating this stuff up; I would have loved to hear this presentation. So, you got to prepare now for the changes that are going to happen in 2016.

Then it goes into about the Upper GI and the changes that were made. Now, they’re going to actually show you the CPT codes and the prices, so from 2013 all the way up to the percentage of changes for 2014 and 2015, and in 2015 non-facility payments. Again, this is incredibly valuable for those of you who are dealing with the GI, but this is only the tip of the iceberg, what these slides give you.

Let me scroll down here and show you some more stuff… Right here (2015 Coding Changes GI Endoscopy), the modifier 52 and 53, the decision tree – they changed that. There are new codes for 2015, which is in this presentation that you can go and you use; and then, billing G codes services in 2015 and new services.

Definition of Colonoscopy – Revised – Now, they changed the definition of a colonoscopy. Again, as a coder, this is something that you’re going to need to know. What they actually did was they added may include, and you know as a coder that one word can make a huge difference. I had actually heard about this so I’m glad that they brought that up.

New Definitions of Colonoscopy in the modifier 53 and 52. They put the decision tree up for you. Now, they gave you some codes on the parallel concepts in endoscopy for 2015…

Final rule – they talked about that. And they also said right here: delayed publishing updates for the RVU for the lower endoscopy codes – they gave you examples. Established G codes to mirror those 2014 CPT codes that were deleted in 2015; and then here’s a list of those codes: old, G and new codes. So, old codes – colonoscopy through stoma – you’ve got your code, then you have their G code 2015 and the new code. And so, also the flexible sigmoidoscopy and the colonoscopy –great stuff.

Just scroll through this real quick because there are several here. Again, you’ll have reference to this, the website was noted. But I think this particular presentation that was put out by the ASGE answers just every change that has to do with GI. So, I’ll just scroll down through the rest of that. I think that it gives some other good links. That’s about it for them, guys. Again, great website.

Alicia: I’m sorry. Go back to the main screen because I think there’s one more website I wanted to just mention.

Laureen: This one or your answer sheet?

Alicia: The answer sheet. And crosswalk codes from 2014 to 2015. Again, excellent website for you, this is for gastroenterology. I think you’re going to be able to find almost all of your answers probably right here… I’m just going to give you a peek at this because honestly it’s way too much information to go over in one sitting, but the highlight is that… real quickly you can see. There you go: 2014 CPT and the 2015 HCPCS with the description. I could highlight some of those but look at all the differences. There’s beaucoup kinds of colonoscopies but everything you need is going to be right there.

Laureen: I’m going to try and paste these questions here.

Alicia:   Normally, we don’t do slides like that guys just for you new people where you can just show them a website and everything, we do them much more detailed. But actually, there was just way too much information to put on an answer sheet or in these slides.

Laureen: Hold on one second, Alicia, what I’m going to do is grab these websites for them.

Laureen: I’m putting on in the chat, guys; hopefully you can see the links for those that were asking for them. So these are the three links that Alicia just shared, so if you want to grab them out of the chat, you should be able to see them.

[Ed. Note: here are the links:

This is a preliminary analysis of the key provisions. Summary of 2015 Proposed Rules (Radiology Oncology) –   Reimbursement Bulletin 2015 Medicare Physician Fee Schedule Putting the Pieces Together for GI – ASGE

Revaluation of the colonoscopy code family was DELAYED…not STOPPED. Crosswalking some codes from 2014 to 2015 – 2015 Coding updates]

Alicia: I did notice that doing some research for some of the other slides, people will say, “I tried to find this,” because I know before they ask us, they’re out there looking as well. But sometimes you just have to tweak the way you look at something. It wasn’t with this; it was actually one of the other slides that I noticed. Definitely lots of changes for those G codes and exciting stuff going on.