Now that we’ve learned more about the heart, Part 2: Circulation, Arteries and Veins, let’s get into that. Can you tell I like this? I really do. I learned this at a young age and it stuck with me.

This scary guy right here, not Boyd, but this picture. I noticed Boyd popped up back on to the screen. That could be Boyd though, he has no hair. The basic structure of the circulatory system, this picture I found and I wanted to show you because look how vascular your body is. This is just like a basic look. And that’s why if someone cut you, you bleed because of all that vascular network right there. It’s amazing, isn’t it?

I have put on here: We are very vascular people! And if you didn’t know this was a neat fact: If all the vessels of this network in your body were laid end to end, they would extend for about 60,000 miles (more than 96,500 kilometers), which is far enough to circle the planet Earth more than twice!

Can you imagine that? I mean, your body, those vessels laid out like a rope could circle the planet Earth more than twice! That’s how vascular, that’s how amazing your vascular system is.

Some more information about that: Twenty major arteries make a path through your tissues, where they branch into smaller vessels called arterioles. Arterioles, you need to know what those are. The arterioles further branch into capillaries – you need to know what capillaries are: the true deliverers of oxygen and nutrients to your cells. So, the exchange of oxygen and the waste coming out of the blood happens on the capillary level. So, you have artery-arteriole-capillary, venules-veins-heart-lungs, and it makes that path again and again. 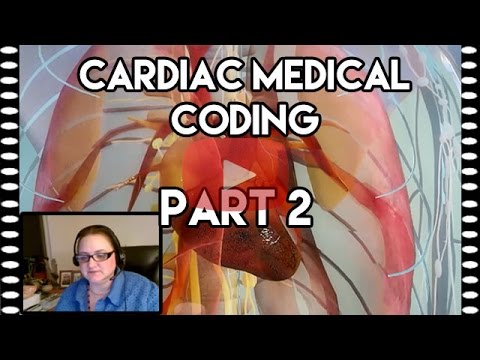 Most capillaries are thinner than a hair. If you can imagine that. In fact, many are so tiny, only one blood cell can move through them at a time. And you can’t see a blood cell with a human eye. Fascinating. I think it’s fascinating.

Once the capillaries deliver oxygen and nutrients and pick up carbon dioxide (which we are going to expel through our lungs) and other waste, they move the blood back through the wider vessels called venules.

This is really small, and I don’t know – I was going to try to make this bigger, but I don’t know if I can. I’m going to try here. There are so many fantastic images, you can go to Google images and stuff and look at the veins and the arteries. Now, I don’t want to say that you have to have these memorized, but if you know things like the bones and other parts of the body and organs, chances are you’re going to be able to place them because the names are similar.

So, as we go through some of these, see if they don’t help you by knowing where certain bones are. I do tell people you need to know the bones. If you’re going to be a good coder and you don’t want to spend all this time looking stuff up constantly, memorize the bones and don’t use the bones with the layman’s terms, like shoulder blade makes your you know scapula, and that your ribs are costal bones, things like that. Occipital-again, occipital, if you know that area.

Let’s go down one side. We’re not going to read all of these but I’m going to highlight some. We’ve got your carotid arteries. Those carotid arteries, remember they go up into your neck, and they do those studies to see if you’ve got blockage there. If you’ve got blockage there, you need to go and have some work done because you could have a stroke.

So, carotid, we know is in the neck. Then we have subclavian artery, this is a really important artery and one that your collar bone is called your clavicle; therefore, you’ve got a subclavian, under the clavicle is what that means. Major artery that runs here.

A lot of times when they want to get a lot of IV bags, fluids, and stuff in to you at once they’ll do a cut down straight under that collar bone into that subclavian artery and they’ll literally have IV, has all these little things like that – they’re not this big of course, they’re about this big, about a hair thing – and they’ll push those in there and will have like five IV leads that they can hang up and give you tons of stuff at once. So, that is subclavian or under the clavicle.

We’ve got our artery and our pulmonary veins, all that stuff we just talked about. Now, that aorta, it also runs all the way down through the thoracic area and then it branches off. This is an abdominal aorta because this is the abdomen. This celiac, ends up going into like, you’re working with your liver and stuff like that. Splenic, of course that goes to the spleen. Renal goes to the kidneys.

Let’s see, radial. Now, remember you’ve got your ulna and your radius in your arms. The radius runs off to the thumb, and remember if you’re going to take somebody’s radial pulse you take it right here, of the thumb; that’s what you’re feeling is that radial pulse. Palmar is in the hand, because we know palmar. Digital arteries, because these are your digits when you’re talking of bones and stuff.

Let’s go over to the other side. Facial arteries, right common carotid – just left and right, it’s bilateral. This brachiocephalic is this one right here so that the subclavian turns into the brachiocephalic. Then you’ve got thoracic, which is for the chest. Right coronary, over in the heart. Now this axillary, if somebody’s going to take your temperature and they say, “Well, let’s take your axillary temperature,” they’re going to do it under the arm. Right there, axillary, is what that means. And if you don’t know, if you take a brachial pulse. Let’s see, abdominal aorta, the common iliac, remember I talked about the iliac crest of the pelvis, and internal iliac, external iliac?temperature under the arm, you subtract one point.

Let’s see, brachial – right here in the arm, that’s the brachial artery. On little babies, when you want to check their pulse, you don’t check it in the lower arm, you take the Now, this vein right here, very important, you’ll hear a lot about it, the femoral artery, deep femoral, deep medial circumflex – this little loop right here. But this is where, if they’re going to do some work on the heart – see how big this is, this pathway is? A lot of times they’ll go in right here in this femoral artery and they’ll run that wire, that little camera all the way up through the aorta and down into the heart. It’s amazing what they can do, pretty cool! But they’ll go from here because this is bigger vessels if you haven’t noticed.

Let’s see, of course, that’s the same name for your kneecap, patella. You’ve got your tibia and fibula, and everything. This dorsal pedis, is what they’re doing – remember if you’ve ever seen them touch the top of somebody’s foot, they want to see if they have good dorsal pulses and the circulation is getting down to the legs. You’ve had any trauma, or they’re worried about your heart, or anything. They want to make sure the circulation is getting down to the dorsal pulses.

Do you have to have these memorized? Well, you can see how the terminology, if you know the bones, then you probably can get by with knowing a lot of these. I wouldn’t say you have to have it memorized. You probably already know them and you didn’t even know it, but be very familiar with them because a lot of diagnoses and locations are said of those names.