Q: A cardiologist implants a new pacemaker (doesn’t matter how many leads) and has a general surgeon create the pocket, puncture the vein for the leads, and close the pocket. The cardiologist does all the rest of the work. Would you bill the initial insertion of everything – code and then the range.

A: And I don’t think she meant to say -52 because that’s Reduced Services, but I think she meant to say -62 because it is saying -62 on something else. Let’s go look. It isn’t a reduced service I can tell you that right now; however, it does get the topic a bit confusing. I was able to find some really good information to just spell it out for you, that I think will alleviate the confusion.

So, there’s the question, and again it is -62. That they saw this on LinkedIn for the AAPC forum and there are the two surgeons (modifier – 62) or an assistant surgeon (modifier – 80). She said “I have never coded cardiology. Not understanding the procedure well enough. It almost sounds like the general surgeon performed most of the procedure?”

Well, it would sound like that, and she’s right. Ignorance, I always say “Ignorance is a lack of knowledge.” So, I’m not saying you’re ignorant but you do have a lack of knowledge of this and doing the modifiers will help you out. It doesn’t matter which one has more or less.

My computer is telling me it’s trying to connect, so if I get knocked off Laureen gets the takeover. Yehey! I’m glad you got back.

Laureen: I can still see it.

Alicia: OK. So, we’re just going to spell it out. The answer is, it’s going to be modifier -62 and that is for Co-Surgeons. As long as the codes accept the two physicians and not an assistant, so co-surgeon is when you have two surgeons and they’re usually because – which Tammy gave me this information when they’re doing pacemakers, she said it’s usually because the patient is not in really in good health. And then she brought up a point I didn’t know but they’ll do this with… it’s not general anesthesia, they’re somewhat awake so they can talk to him and ask him “Are you feeling OK? Are you lightheaded…?” which amazed me. 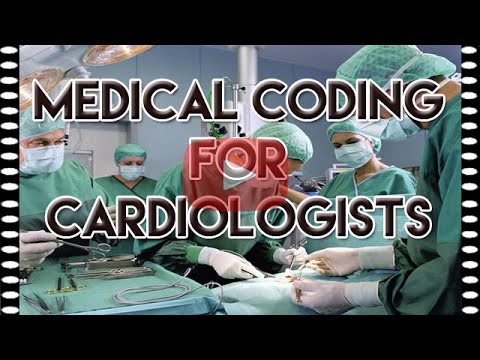 Let’s define what the definition is for Two Surgeons, modifier -62. So, you have two separate surgeons and they are performing two distinctly different aspects of this procedure, alright? So, by adding the modifier -62, you have… And let’s see for that procedure as long as both surgeons continue to work together as primary surgeons. So, each surgeon should report the co-surgery once using the same procedure code. Let’s see if additional procedures including add-on procedures are performed during the same surgical session, the separate codes may also be reported with -62.

So, here we go, they’re going to tell you, now note this: if a co-surgeon acts as an assistant in the performance of additional procedure(s) or other than those reported with the modifier-62, during the same surgical session, those services are going to be reported with modifier -80 or -82, an appropriate. So, you’ve got surgeon 1 and 80 is assistant surgeon. That means, you have one primary surgeon and the secondary surgeon is just assisting the first surgeon. He’s not doing a separate procedure.

I just grabbed 33206 – Insertion of new or replacement of permanent pacemaker with transvenous electrode(s); atrial.

They’re not going to say what the other one did. Two separate Op reports, distinct and separate parts of the procedure have to be defined for you to do that.

Laureen: I was just going to add a good way to remember it is to think of the surgeons not sharing the patient but sharing the CPT code, because if they were able to report what they did with their own CPT code, if there was one that existed for that service where you could have two different codes like the brain stem surgery, there’s two different codes then they wouldn’t need -62 even though they’re working on the patient at the same time. So, it’s all about splitting the CPT code

[Ed. Note: to make it clearer, and easier to follow, in the text below, I’ve replaced all pronouns with Dr. A or Dr. B to identify who Alicia was referencing.]

Alicia: Right. So, Dr. A and Dr. B both did a pacemaker implantation, but Dr. A inserted the pacemaker, and Dr. B created the pocket for it. And then if the second surgeon, Dr. B, continues to assist – let’s say, we got Dr. A and we got Dr. B.   Dr. A’s putting the pacemaker in, Dr. B is making a pocket. So, this Dr. B isn’t going to walk out his work because he’s also going to stitch it up and make sure the pocket is secured after the leads and everything are in, so he sticks around but Dr. B is not helping Dr. A insert the pacemaker. So, then, all of a sudden, let’s say there was a problem and Dr. B comes in, instead of just doing the pocket, this guy — Dr. A says to Dr. B, “Hey, I need some help. One of the leads got stuck, or we got a rupture, blood is going everywhere. I need your help.”

So, Dr. B assists Dr. A in inserting the pacemaker. Dr. B is not cosurgeon anymore, not a modifier-62 for that. He is now assisting and it would reflect in Dr. A’s Op report that the other surgeon, Dr. B, was assisting him and what he assisted with. So, that’s completely different because they still have their two separate Op reports, but now Dr. B is helping Dr. A. They’re not two separate entities doing two separate things ultimately of one procedure. That is the crucial point.

Now, when you’re reading that Op report, it’s really not going to be that confusing because if you got two Op reports from two different doctors that put in the pacemaker on the same day for the same patient, they have to be cosurgeons, because if you were an assistant you’re not going to make an Op report. It’s one Op report and it will state surgeon A was the primary surgeon, surgeon B assisted, and surgeon B is not going to write or dictate an Op report. So, that’s how you can tell. And if they say they are cosurgeons, then he has to write or dictate an Op report and explain what he did was distinctly different. It doesn’t matter who does the most work, it matters on whether they have an Op report that can justify each of their… the stuff that they did. And you can be an M.D. or a D.O., it doesn’t matter.

Now, it does get a little different when you have assistant surgeons and you get into some other modifiers where you’re using somebody that’s a PA, but that’s for another slide. So, there you go, that’s how you tell the difference. You got two reports; two different doctors; one report, and it will state they’re an assistant surgeon so you won’t have to be confused.