Alicia: This particular one pushed me out of my comfort zones because it was mostly a CPT question, and as our regulars knows, Laureen is the CPT Queen, I like ICD. This was a question that I think our person was trying to get answered for a while.

A: Ultimately, without reading the entire scenario, or entire case, this patient had a basal cell carcinoma on the right, and this is the ear. What they did was they did an excision of the basal cell carcinoma and then did a local tissue rearrangement. It was called an Antia-Buch advancement flap, it’s 10 sq cm, which is very important you need to know the size when you have anything like this going on, as well as, for your CPT, you need to know the size,you need to know what body part it’s being done on and that is a rearrangement. The whole fact that it says Antia-Buch, that’s not pertinent to your code for this scenario. 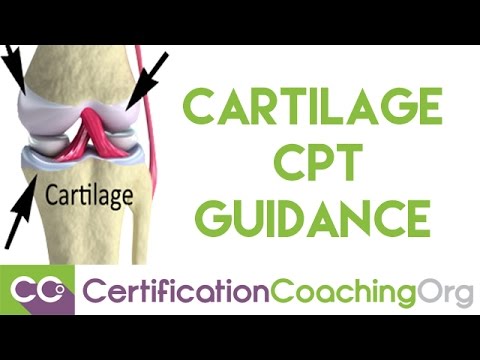 Ultimately, without looking at all the fodder about what was done to this patient, they had a place on their ear that needed to be removed. So, they went in, they removed it, and then they have to repair the hole that was left from the removal. It states when you do read it that there were two pieces sent off to pathology to make sure that it was clean.

So, this is where she gets a little confused or gets concerned, is that they go in and they do this procedure and then it says, this was taken through the cartilage as well – meaning, they cut into the cartilage. They had to go back to pathology twice, he tells us what type of a repair, and then again, “I performed elevation of the cartilage. The cartilage was then advanced and anchored with a 4-0 Monocryl” which is just the type of suture thread that they’re using.

The concern of this person was they did the rearrangement but he pulled up the cartilage here and I’ve got a picture of an ear to tell you about this. This is where they took it at, this is the helix and that’s what they’re using it as. These are all the different parts of your ear. That’s all cartilage ultimately, is what it is. There’s a little bit of tissue here that makes this rim, but this is all cartilage. And you see people getting their ear pierced up here and if you put a hole in cartilage, that doesn’t ever go away, unlike here this could heal.

So, what they’ve done is ultimately they’ve taken a big chunk out of here, 10 cm. Ultimately, after he went and did it twice, took more. And then he’s closing this up, but he’s pulling the cartilage up and they did a V-Y plasty, is the type of flap that they do. You can see that on Google images, there’re lots of them done. They usually do this around the face and stuff where they’re trying to cover up the wound that they created, this big hole.

This is the code probably that was used 14060 – adjacent tissue transfer or rearrangement (that’s what they did), eyelids, nose, ears. You need to know the body part. So, this was a rearrangement of the ear, the deficit or the defect was 10 sq cm or less.

Now, what is that? An adjacent tissue transfer or rearrangement is performed when you have a defect, like we were saying on one of these body parts. And the primary defect may be due to all kinds of things. You could either have a big laceration or a big avulsion in that area, or surgically it could have been done because they removed this carcinoma.

If the lesion or scar is present, it is excised, so they take it out. The primary defect is evaluated to determine the most appropriate type of transfer or rearrangement. This Z-plasty, W-plasty, and he did V-Y-plasty, it’s really the way they do it. This is the shape, is they do a Z and then they move it, they could do a W and pull them together. The V-Y is, like, you have a Y or a V and that’s pulled over, and they do rotation flaps where they just take the skin and rotate it. The best place to see this is on Google images of… Oh, I’ll think about it here in a second.

But, anyway, these grafts being done on the face is amazing, they’ll have this gaping hole. One of the pictures, I almost saved it, gaping hole right here and you’re thinking, “How? There’s not a lot of tissue there that they can pull.” But then, you see the afterwards, you can barely see the scar, and you could see where the scar was back up and they pulled the skin over and covered that defect. So, that’s what your patient is doing.

Nowhere when I looked at this could I find that anything done with the cartilage of the ear was not bundled in. I couldn’t find additional code anywhere. I went through several procedures to see if they talked about it being something different. I couldn’t find anything where they were additional code or that was classified as a separate procedure than would be traditionally just done when that repair was done. I would say at that time with the information that I was able to obtain, that no, you don’t need another code that’s included in the procedure for what they did by pulling up the cartilage and then stitching that in. There were several things that were done to the ear that I found whether both of those were trauma, but there’re lots of keloids that are on the ear and things. It’s very fascinating to read about and to research.

That’s the answer that I came up with. If there’s something else out there and since we have so many people here in the webinar, if you hear of something or understand the difference, let us know so that we can share that. But, again, nothing that stood out. It was a fun one to do. Like I said, it pushed out me out of my comfort zone. I would have said, “Laureen, you do this one,” because she’s always doing these plasties.

Laureen: You did good.