A: Let’s take a look at the first topic that I’ve got. This is all around that CMS Fee Schedule Lookup Tool and this is actually one that I started with the last webinar. Last month, there was a question about whether or not a certain modifier was allowed on the CPT code for Medicare. And the way that I found that, I kind of went through real quickly and said “Oh, here’s what I find on the Medicare website,” and somebody said, “Wait, wait, wait, can you back up and actually give us the step-by-step of how we get there?” It’s funny, you take for granted those things that you’re used to using day in and day out. So, I did, I put together kind of a step-by-step process here.

Step 1: Kind of tells you started the Physician Fee Schedule Lookup, and I’ve included the link directly to that. If, you, for some reason don’t have that link and you’re trying to get there, just go to the CMS.gov website and there’s a small search engine up in the corner, right there. You just can type in “Physician Fee Schedule 2016” and that will get you to the same screen that I’m on. So, that’s step one, I put a screenshot in there for you. 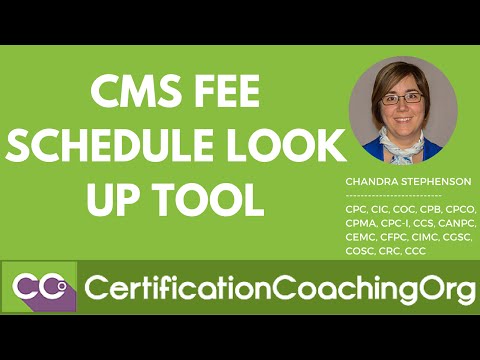 Step 2: On that same screen, we are going to click the “Start Search” button which is orange and it’s in the middle of the screen. Down at the bottom…Laureen, can you go back to there? If you scroll up just a little bit? Right there next to the computer, that search button is what we will click here in just a second. But what I want to point out here is down at the bottom there is a Help PDF file. That PDF file is actually a little booklet that will walk you through how to use this tool, what the different pieces mean, all of that thing. that’s where I found a lot of the information that I included in this.

But if we’re to click “Start Search” here, then what it’s going to do is it’s going to pop up a screen that says, “Hey, you got to accept the CPT agreement,” because they’re using CPT codes. Then it’s going to ask you to put in your search criteria. Well, ideally, what we would do is in the search the selected year we would put in the current year, which would be 2016. However, if you click that dropdown you’re going to find out that we’re so early in the year. We haven’t had that adjustment to the Physician Fee Schedule yet, so instead of listing it as 2016, it’s listed as 2015B. That’s the most current version that we have right now.

You would click on that and then you’re going to select what type of information do you want to get? We want pricing information, do we want policy indicators, or relative value units, cost indices. What are you looking for? If you’re looking for anything around global days, or if you’re looking for anything around modifiers, you want that payment policy indicators because that’s what is going to give you that information. It’s things that’s going to affect potential payment for that procedure, so we would click that.

Then you can search by a single HCPCS code. Remember when we say HCPCS, HCPCS codes include CPT. CPT is considered level 1 HCPCS codes and our little HCPCS [book] are our level 2 HCPCS codes. That’s why they say HCPCS and not CPT; don’t let that throw you off.

You click and you search for a single CPT or HCPCS code, or you can give them a list or you can give them a range. Maybe you want all of the cardiac cath that are in the same section, or you want a specific code. You would click that single HCPCS code, then you can select if you want information from a specific carrier or the state that you’re in or the region that you’re working in. I always leave it “all carriers” because I’m usually doing work in different parts of the country. Then, you put in your HCPCS code, whatever it may be.

I did a sample search and I used a 28043. And 28043 is an excision of a soft tissue tumor in the foot or toe, that’s less than 1.5 cm, and it’s subcutaneous. That’s why it’s the 20,000 series and not the integumentary system, it’s back in musculoskeletal. I’ve included that descriptor there for you.

Under modifier down here I clicked “all modifiers” because I want information on all the modifiers for that code. Let’s say maybe I was looking to see, “Can I bill an assistant – surgery modifier for this?” I click that “all modifiers.” You can pick just specific ones or you can click all. I always do “all”, hit submit. It’s going to pop up this screen for you that says “Here’s the code that you asked me about. Up at the top is all of the criteria that I put in. Then, as you scroll down, you’re going to find that they gave me a whole lot of information.

So, they don’t give you the actual modifier, they do rely on you knowing what the modifier is, like knowing that the bilateral surgery modifier would be your modifier-50. They don’t go out and tell you it’s modifier-50. Across here, you’ll see that there’s a numerical value in each one of those fields. If you would open that PDF document, that help file which is actually again down at the bottom, buried in there towards the very bottom, it tells you what each of those meet. That is actually… most of them have the same meaning that the CCI Edits do, if you’re familiar with the CCI Edits.

When you go to that, what everything means, and I will put a link to that in this answer sheet as well, what you would very quickly figure out is it says down under the modifiers, it tells you, let’s say the bilateral surgery modifier. If it’s a zero, it means there’s 150% payment adjustment for bilateral procedures that does not apply in the situation, so they don’t use that. If it’s got 1, it says that does apply, that 150 that they just adjust and you only get half of the second procedure. If it’s 2, it tells you “that adjustment doesn’t apply in that situation and here’s why.” It gives you all of this information.

That’s the booklet that I was talking about, if you scroll through that booklet it actually explains what everything means. Not just how to use the searches, but when I clicked pricing information, what’s that include; policy indicators, what’s that include? So that you can figure out which searches you don’t need, without having to trial and error.

Then, as you go farther down in it, it explains what each one of the results means individually, so bilateral surgery doesn’t have a zero, doesn’t have 1, doesn’t have 2, here’s what those mean. It’s very large, it goes on, but we’ll include that link in the answer sheet.

Laureen: It’s amazing what you learn when you read the instructions. I’m going to really date myself, but way back in the day that’s how I finally figured out that HCPCS means just what you explained in the beginning, that it includes CPT, because I could never understand why when I run my rehab practice I would get this memoranda that would talk about HCPCS and they would start referring to the CPT codes. Then, I’ve finally read the beginning of the HCPCS manual that explained it, it’s like, “Oh! See, I got to read this more.”

Chandra: One thing I always stressed and it’s funny when teaching students in the past, one of the first questions I’d ask them, my study guide is: What are HCPCS level 1 codes? Because nobody really thinks about it. The HCPCS does level 2, but nobody goes, “Well, what’s level 1?” That’s where you find out if they know that that’s CPT or not. It makes a big impact when you start dealing with some of the carrier-specific stuff, just like you said. 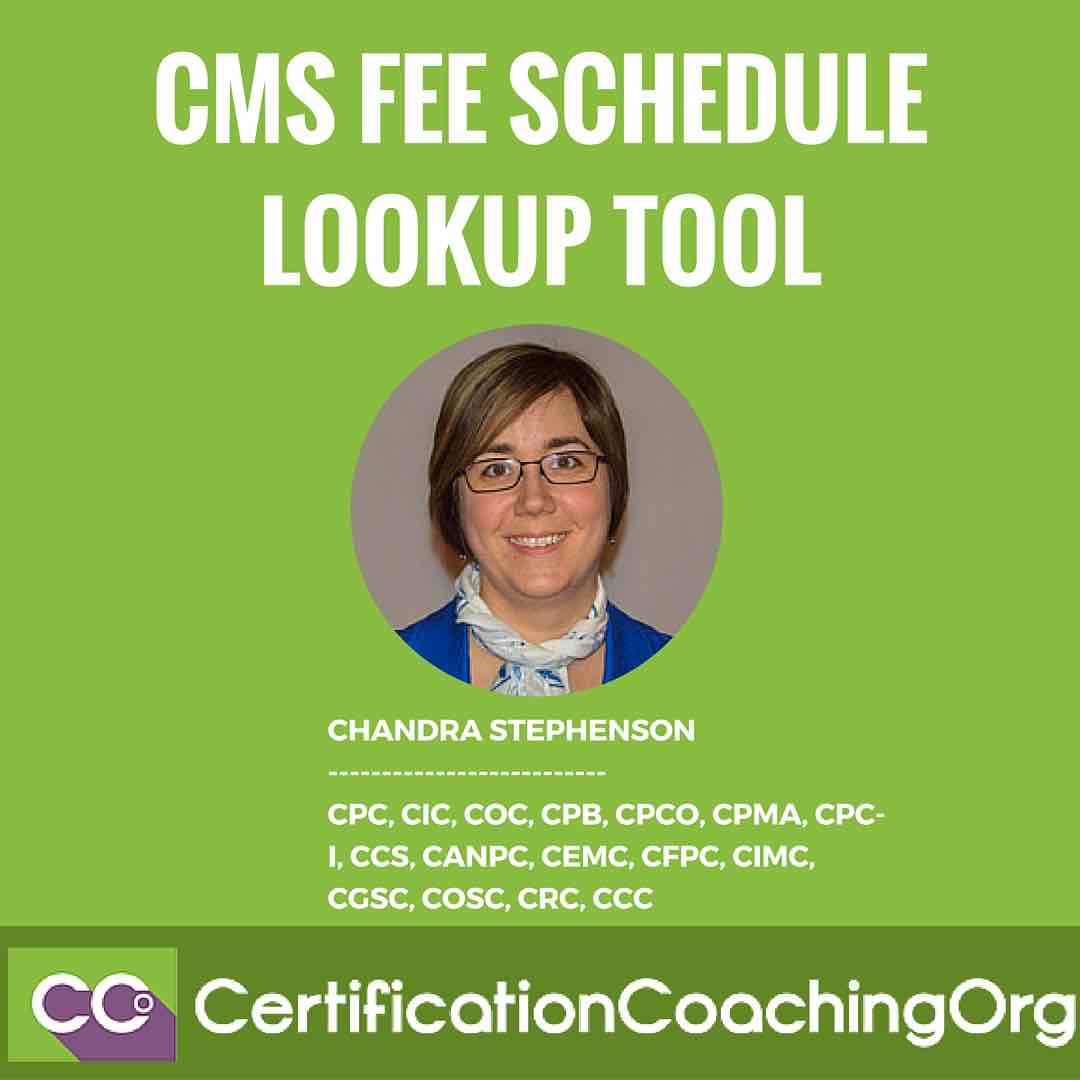