Chandra: Not typically, because typically they only bundle the first one that’s done the same time that you bill fracture care.

Alicia: Yes. The person comes in during post-op, they put pins in the legs or whatever, and they also casted you. When they do that cast the first time, it’s all inclusive. Now, if you come back… a scenario I remember from the ER, a guy broke a tendon and the ligament because he caught his calf on a hook and so he was suspended by this big giant metal hook. Anyway, he was sliced open on his calf this big. 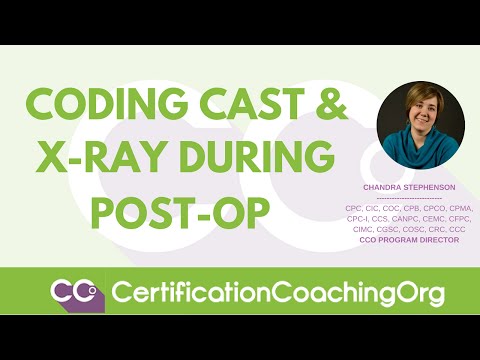 The physician sewed the tendon and the ligament and everything together in the ER because it was all exposed; I mean, he was filleted like a fish. It was really exciting, he even pulled them and let me watched the guy’s toes wiggle. That being said, he wanted to cast the patient because when you have a ligament and a tendon tears in the leg, you need them not to be moving at all while they’re healing, they’re like giant rubber bands. You need that healing process. He casted him but he cut out the cast to show the wound because you can’t have stitches like that being covered up in a warm, moist area. So, he did that.

Let’s say that that patient came back a week later because his wound got infected, started oozing. They take the cast off because his leg is swelling and they clean him up and re-apply a different cast. That would get you a modifier 58 because it’s not applicable to the post-op. 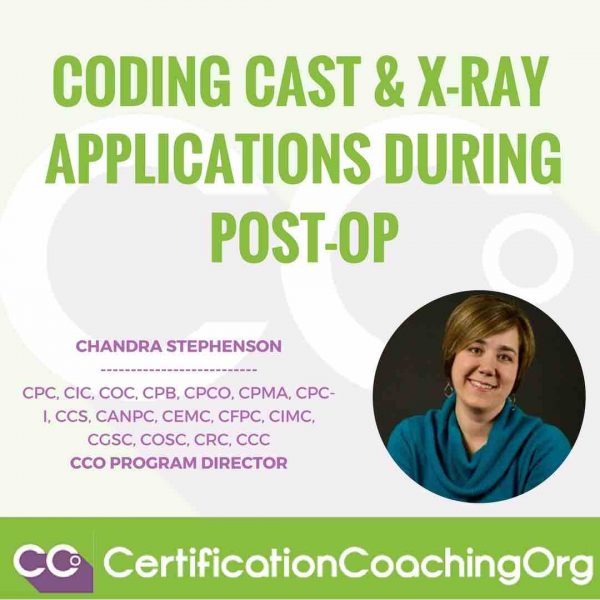