Q: “How do you make a distinction between controlled and uncontrolled hypertension?”

A: The simple answer to this is your physicians or the documentation that you’re reviewing should clearly indicate whether the patient is hypertension is controlled or uncontrolled. Typically, we assume and we’re taught to assume from a coding perspective that the hypertension is controlled, unless the provider says something to indicate otherwise. Just like when we talk about other topics, like, fractures, we assume that it’s a closed fracture unless they say it’s an open fracture.

With hypertension, we assume that it is controlled unless they give us some sort of indication to say, “This is not controlled.” And that could be lots of different things, they could be changing dosages, they could simply state uncontrolled, not well-controlled. That is a piece of documentation that we’re frequently missing. As we continue to do physician education, that’s a big piece to push, especially as we move to value-based payment and away from the fee-for- service environment and more towards value based. 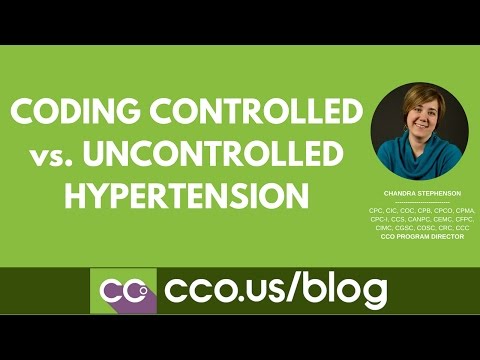 What you’re going to find is from those value-based systems, like, a risk adjustment perspective, the carriers, when I say they are going to expect that your provider has indicated whether the condition is stable, worsening, improving, well-controlled, poorly controlled, out of control, those sorts of things. So that’s a piece you want to work with your physicians if you have that ability to talk to your physicians, query your physicians or educate your physicians. You want to encourage them to be documenting and giving you the specifics.

Am I saying that if you have this clearly documented, you can automatically assume the patient has uncontrolled hypertension? Absolutely not. What I’m saying is, if you see documentation showing that that patient’s SBP is above 140 or their DBP is above 90, that’s when you need to be asking the question of your providers. “It sure looks like this patient may have uncontrolled hypertension,” but you need the provider to make the diagnostic statement.

I’ve included a link below (http://www.cdc.gov/mmwr/preview/mmwrhtml/mm6135a3.htm) where I actually found this information. It was public domain, it’s on the CDC website, it’s a link to the CDC website. But what you’re going to find is that just like other diseases like diabetes, the definition of hypertension has changed over the years, and this is just the newest criteria that they’re using, if you will. For example, with diabetes, we used to be told we wanted our blood sugars under 120 and now they’re saying under 100. Things change over time, the more studies that they do. This is the most current one I was able to find. But this gives us a basis, a jumping off point to start the conversations with the physicians and educate ourselves as billers and coders to know when to start asking the questions of our physicians.

Hopefully the documentation is going to be there, but if it’s not and you’re looking to use uncontrolled hypertension, you’ve got to have that clinical statement from the physician and you’re going to be looking at what’s the patient’s blood pressure running? What indicators in the documentation are telling you it may not be well-controlled? The patient’s got a blood pressure above 140/90 and they’re on medication, chances are the doctor is going to say, “Hmm, this doesn’t look like the medication is working well,” or they may be adjusting the dose. They’re going to give you other triggers in their documentation to cause you to ask them questions or hopefully to cause you to think about asking them question, to trigger that. So, that’s clear cut as I could make it. It really needs to be in the documentation, but if it’s not, here’s when you know to start asking questions. 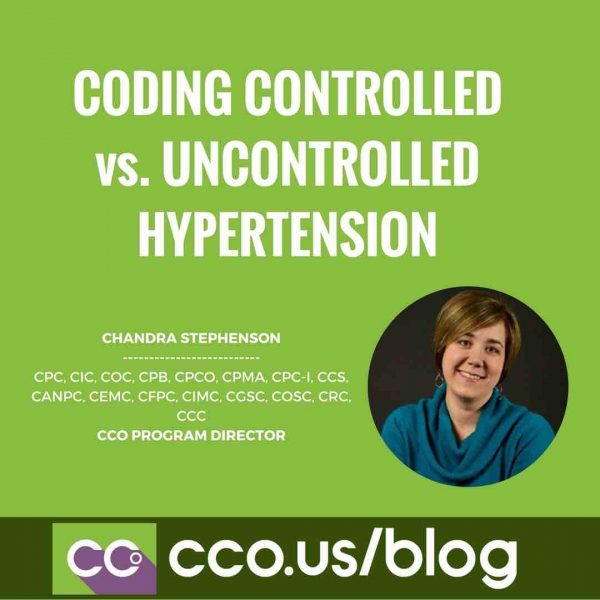