Alicia: Modifiers OB and OA. This question actually was one that we had gotten not recently. I think it’s one that got left on a previous webinar. It’s very interesting.

Q: Was doing a practice test and came across this question: ‘Which modifier would you use to report with code 88239 if the test was looking for hereditary cancer?’ I can’t even find these modifiers in my book (CPT prof. edition) the answer sheet reports to look in Appendix I under subcategory Cytogenic studies. Thanks…Sue 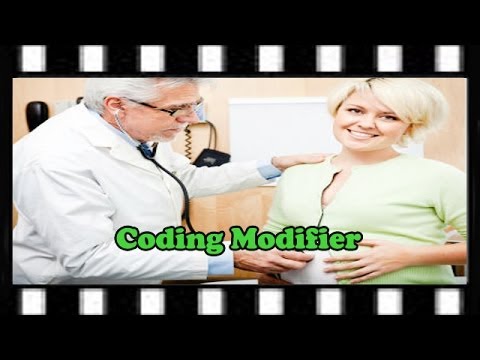 A: Sue, I got a great answer for you. The fact is that Appendix I doesn’t even exist anymore. The answer is you don’t have to use those codes. So, in the 2014 CPT Manual on page 700, it has Genetic Testing Code Modifiers and that is Appendix I, and that it states there that it’s no longer in use. It gives this great website that if you have questions about molecular coding you can go here and gives your questions answered. I tried to use the document camera and actually give you a copy of that page, I couldn’t quite get it done. So, I’m sorry about that. But it’s very simple. If you go in and you’re taking practice exam and you’re struggling with something like this, good thing to ask somebody because some practice exams out there are out-of-date. So, this one was definitely out-of-date, they quit using those in 2012 or 2011. I think it was 2011. That was an old practice exam.

The good news is, if you want some current CPC practice exams you’re more than welcome to come by and we’ve got lots and lots for you and we make sure they’re current, so you won’t run into some exams…I’m sure you were pulling out your hair and getting white hairs over that question. Sorry. That was pretty simple, huh? That was really easy to do, in fact. That was an easy slide.

Laureen: What was it that you wanted to show them on page 700?

Alicia: I was just going to show them what it looked like there on page 700 in the CPT manual. It has actually by Appendix H & I, I think on the same page that were changing. This is, like I said, you’ll be able to find it in your 2013 manual and you’ll be able to find it probably in your 2012 manual as well. So, I think that was discontinued for 2012.

Laureen: This is what you mean?

Alicia: Oh! OK. Genetic Testing Code Modifiers, that’s where I told you to go to get that information. In the past, there was a list of those modifiers but they don’t exist anymore. And the reason they don’t exist is because it says right there: The addition of more than 100 molecular pathology codes to the 2012 code set. So, they got rid of this at the end of 2011. There’s still more codes to the 2013 CPT. Again, it’s also the rapidly evolving science of molecular pathology genetic testing, stuff like that. In other words, genetic testing is growing and they’re learning so much that it wasn’t able to keep up, and that’s probably one of the reasons they dumped this but there was no use for those modifiers anymore.