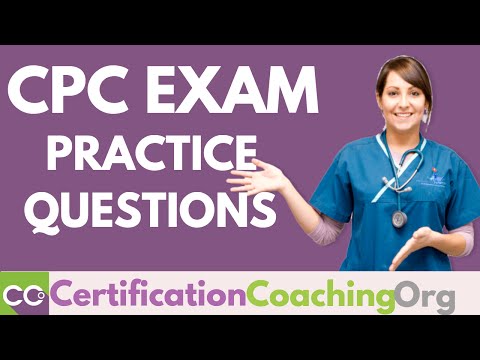 Let’s go to what my answer was. By the way, these answer sheets that Alicia and I do with our research and everything on it, if you are a member of the Replay Club which is $10 a month, you get full replay of this entire webinar that you can listen into one chunk or you can listen to the different segments. You can get it as a podcast in your iTunes. But what you also get is PDF versions of all of these answer sheets and a full transcript, word for word transcript. So it’s definitely a good value. You can go back in the member area and just pick whatever topic you want to listen to. You can either take notes or pay the 10 bucks a month. When you first enroll, you get access to all the past ones as well, and you can cancel at any time.

OK, so the answer is 33975, and just review the a, b, c, d answers here. So, it’s answer “b” The person went on to say: “Why is the 33404 not reported as the secondary code?” This is how you would do research. Once you get certified and all that’s over, being a good coder is being resourceful. You can look up anything. You can figure out anything. That’s a big part of what I try and teach people, is how to do it themselves.

So, what I did as I look up the codes, I use my SuperCoder Encoder and just popped in those codes. We can see them here. Here’s the apical-aortic conduit. Here’s the insertion and here’s the removal code, and the 33400 valvuloplasty. So, the question is about bundling the 33404. Why is that not reported as well? If you’re ever unsure if one code is bundled in to another, you need to use some sort of CCI Edits Checker. You can go to the CMS website, they’ve got one there. It’s a little bit kludge, but hey, it’s free, it works.

Or, your encoder like SuperCoder should have it built in which – let’s see if that will take us there… They have a free trial that you can do. I am logged in. I’m going to go to Coding Tools, here’s that CCI Edits Checker. This is what I use. I popped in one code at a time, comma separated, multi-code box and this is what it gave me. It said, sure enough, 33404 is part and parcel of 33975. We should only report a 33975. And this is what it looks, you get this big red box and it says: Code 33404 is a column 2 code for 33975. These codes cannot be billed together in any circumstances and that it’s bundled…

In the CCI Edit, they’re in tables in these code pairs. So, you’ll have what I call the parent code. Then all the baby codes that are a part of it. So, 33975 is like the parent code and 33404 is a baby code. They have a superscript, if it’s a zero which this one is, it means there’s nothing. There’s no modifier, nothing. You can’t bill the two of them together – period, the end. If there’s a one, then that means you can under certain circumstances if your documentation proves or warrants that you can go ahead and bill both. Normally, that modifier is modifier-59. In this case, it is considered bundled.

So, oftentimes, we can tell if some things bundled. Like we know a laparotomy is bundled into any internal abdominal surgery like removing of ovaries and oophorectomy. You got to get to the ovary to remove it. If it’s an open surgery to remove that ovary, the laparotomy is bundled into it. You will see in the CCI Edits one code for an oophorectomy and one of the baby codes is a laparotomy.

However, there are circumstances, like – and I actually had this procedure done where I had the oophorectomy done and then something happened. I was bleeding internally and they had to bring me back to the OR and opened me up a second time. So, I actually had two laparotomies, therefore they did put a laparotomy code but they had to use modifier-59 to say that it was separate from the other one. OK? So that would have a superscript of one allowing me to do it, but this one had a zero. So, I hope that helps with that question.

POLL – OK, let me see if I have this poll: Which coding organization do you belong to? This one actually you can check more than one. At least, that’s the way I set it up. I hope I did it right. Do you belong to AAPC, AHIMA, PACHS; something else? If you belong to something else, put it in the chat and then I’ll try to add that to the next time of our list here. The votes are coming in, we’re up to 62… 66, 67… I like doing these polls; it keeps you guys on your toes. I’m going to close this in 5, 4, 3, 2, 1. Share results. Boyd, are you proud of me?

I’m figuring it out, okay, so 76% are with AAPC, 28% with AHIMA, 1% with PAHCS and 10% with other. Alright, we’ll have to find out what other is. If you can get in the chat, let us know what the other organization is and maybe Sylvia can make a note of that and we’ll include this next time.

This next slide is also mine, drug abuse vs. drug dependence. Luna asks, “What kind of terminology might you find in a patient’s record that would indicate abuse vs. dependence?” – I had to do my little Google research, and for those that this is the first time on the call, the ongoing joke out there especially in Facebook land is that I always say “Google it.” My niece told me, “That’s what you’re going to raise your kids, aren’t you? You are going to tell them, ‘Google it first.’” Yup! It’s amazing what you can find, so don’t be afraid to use Google for medical coding research. Just type it in and you’ll be amazed at what you’ll find. That’s how I found this.

I’ll go down to the footnote so you can see where this came from first. It came from the American Psychiatric Association: Diagnostic and Statistical Manual of Mental Disorders: DSM-IV. That’s an official manual that’s used. We don’t code from it, but it gives us the definitions that we do use for coding.

Before I go on, I just want to say as far as what indicates abuse vs. dependence, the physician should really be documenting one of those two words. You shouldn’t have to piece it together, but to understand what’s behind the difference.

Here we go: Substance abuse is defined as maladaptive pattern of substance use leading to clinically significant impairment or distress – that’s pretty much the same for abuse vs. dependence. Here’s where the difference has come. They’re going to have one (or more) of the following, occurring within a 12-month period: Recurrent substance use resulting in failure to fulfill major role obligations at work, school, or home. The second bullet: Recurrent substance use in situations in which is physical hazardous. Recurrent substance-related legal problems. Continued substance use despite having persistent or recurrent social or interpersonal problems.

Here’s a definition for dependence. So, everything was the same and they’re going to have three or more of the following: Tolerance, as defined by either of the following: A need for markedly increased amounts of the substance to achieve intoxication or the desired effect. Withdrawal, they would go through with withdrawal if the substance was removed. The next bullet: The substance is often taken in larger amounts or over a longer period than intended. There’s a persistent desire or unsuccessful efforts to cut down or control it. And then, a great deal of time is spent in activities necessary to obtain the substance, use it or recover from it. Important social, occupational, or recreational activities are given up or reduced because of it. The substance use is continued despite knowledge of having a persistent physical or psychological problem, like, cocaine use having that cocaine-induced depression or liver problems.

So that is the difference officially between abuse and dependence. So, dependence, three or more of those bullets and the abuse was one or more of these bullets. This will be on the answer sheet, but again, if you just Google substance abuse vs. dependence, you will find pages like this. Again, coding wise, we really want the physician to tell us, is it drug abuse or drug dependence? 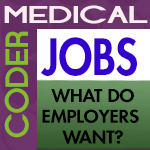