Laureen: Q#4: I have heard that if you fail the ICD-10 exam you will lose ICD-9 CPC certificate, is this true?

Laureen: A: No. They really just want you to demonstrate that you have touched the ICD-10 codes and that you’re familiar with them. It’s a professional credential and a CEU isn’t enough to say that you have proficiency in this new coding system. By doing this 75-question or 150-question proficiency assessment that’s basically that seal of approval. They give you multiple times to pass it. If you don’t pass it the first time they don’t yank your credential. Yes, you’ll have to pay again to take it again, but I think you get two tries for one fee. 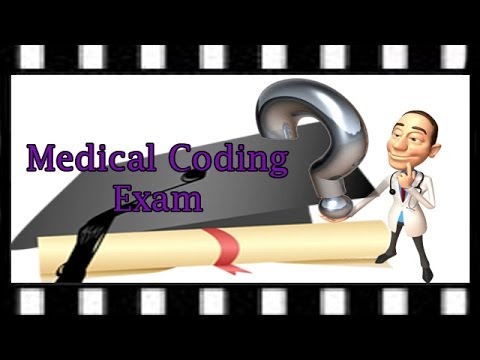 Laureen: There’s no indication on the website that they will limit how many tries you do before they take any credential.

Alicia: I’d like to really quickly address, now they’ve come out and said you can take a 150-question proficiency exam at your own pacing to take like a year, something like that. I personally don’t think that’s a good deal. It’s only 75 questions, they’re not that hard, you get to take it more than once and I would say, “Do it and get it over with. Don’t do at your own pace.” I mean you took it a course –

Laureen: Yeah. These are the two choices. Yeah.

Alicia: Yeah. You get a course but you have to do 150 questions and it is unlimited attempts but for $60 you get to take it twice, and honestly guys it’s not that hard. It’s not that scary. If you can code an ICD-9, you can code an ICD-10 with an ICD-10 manual and just pay attention to the details. I wouldn’t be going and investing a whole bunch of money into ICD-10 to pass the exam by being scared and trying to take the 150-question exam over a year. That’s too much pressure. It sounds easier but it’s not. 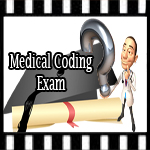